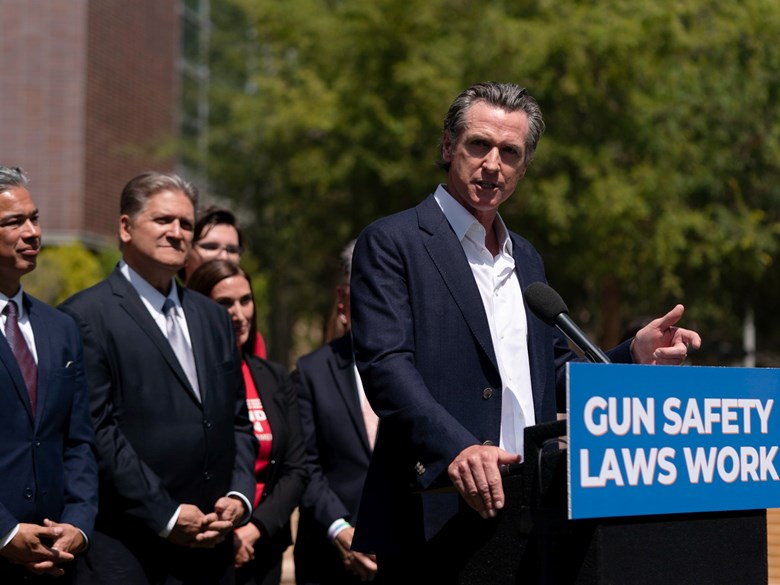 Current conditions in the United States jeopardize its future as a free and democratic society. That is the headline conclusion from a nationwide survey conducted by researchers at the Violence Prevention Research Program at UC Davis. The survey, which has yet to be peer-reviewed (meaning it has yet to be evaluated by the medical community), suggests an alarming trend toward political violence across the country and is the first of its kind to gauge people’s willingness to participate in violent political acts. The research also reveals an escalating level of mistrust in American democracy and its institutions. Half of those responding believe the country will see another civil war soon. While some of these findings appear grim, others lay the groundwork for hope. A large majority of those who responded said they reject political violence entirely/ or were unwilling to resort to violence themselves. To go beyond the headlines and get a better understanding of what this research means, Insight spoke with Dr. Garen Wintemute, Director of the California Firearm Violence Research Center and Violence Prevention Program at UC Davis.

It's a first-of-its-kind, it's controversial, and even Governor Newsom thinks the new gun control law he signed will likely end up in the Supreme Court. Gun rights advocates call the new law a cheap political trick, and even the ACLU is not happy with it. The new law is almost a "copy and paste" of Texas' recent abortion law, which empowers citizens to report and sue violators. Newsom's gun control law, which was signed at Santa Monica College, the site of a 2013 mass shooting that left six people dead, will allow Californians to sue anyone who sells or manufactures illegal guns, including assault rifles. If the plaintiff wins in court, the state will pay them up to $10,000 per violation and per weapon. The law also applies to ghost guns and the parts used to make them. This is just the latest in a flurry of gun-related bills signed by Governor Newsom. CapRadio's state politics reporter Nicole Nixon shed more light on this bill and others, which will all likely be challenged in the courts.

Spencer Day is a critically acclaimed jazz vocalist who also loves musical theatre. His rich baritone voice has wowed audiences in large and small venues alike. From piano bars in New York City to an appearance at the Monterey Jazz Festival, Spencer Day delivers a performance that’s always uplifting. He reimagines classic Broadway show tunes in a jazz-flavored setting on his latest album. Cap Radio Jazz Music Director Gary Vercelli spoke with Spencer this Spring and began by asking him why he chose this theme.