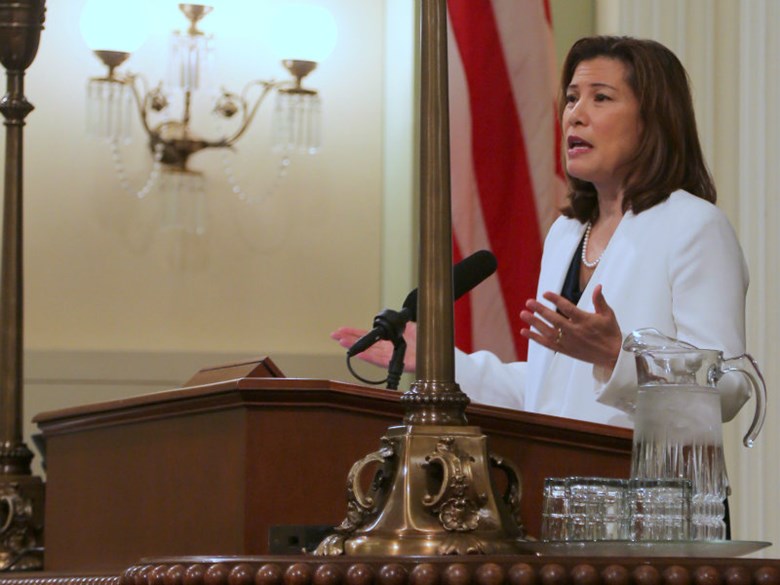 One day later, Acting ICE Director Thomas Homan spoke to a crowd in Sacramento saying he will continue that process for as long as he leads the department.

The chief justice has called for courts to be treated with sensitivity and has raised concerns about the rule of law being threatened. She spoke with Capitol Bureau Chief Ben Adler about what she calls the dangerous path forward.