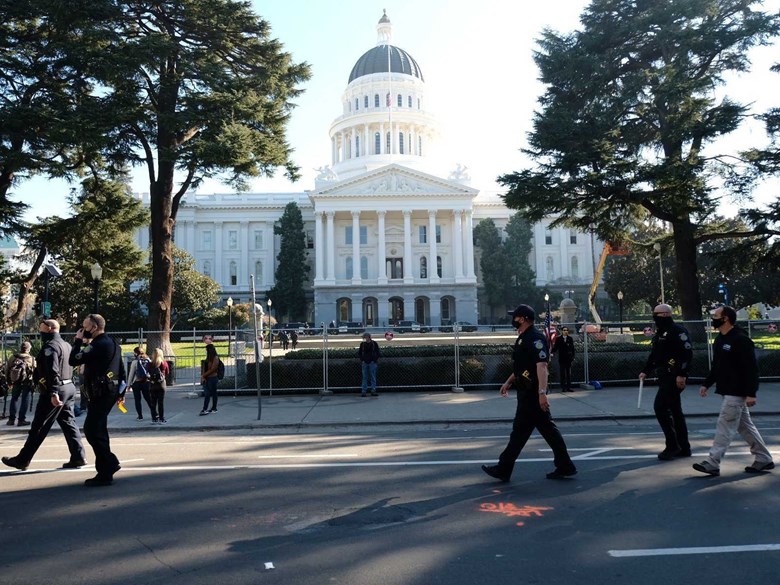 Police in front of the state Capitol ahead of anticipated pro-Trump rallies on Sunday, January 17, 2021.

A plethora of police accountability bills are moving through the State Capitol; we examine how they could change policing in California and why Governor Newsom vetoed one of them just last year.

The state’s Armenian-American community is also waiting to see if President Biden will keep his campaign promise to officially recognize the Armenian Genocide of 1915. Plus, what to expect from the Lyrid Meteor Shower.