Adapting To Climate Change A report by the Intergovernmental Panel on Climate Change (IPCC) released this week says what many people already fear: climate change is going to get worse. And, while it makes sense to try to slow climate change, the report implies that places like Northern California are going to have to learn to live with the lower snow packs, wild fires, heavy rains and other intense forms of weather. Joining us to explain how Northern California businesses and local governments can adapt to a changing climate is Jeff Goldman, an AECOM planner who worked on a public-private adaptation initiative in Silicon Valley.

Listen to Adapting to Climate Change

“The Cat Who Chose to Dream” is a children’s book that depicts the internment of Japanese-Americans in California prison camps during WWII. Told through the eyes of a Japanese family’s cat who is also interned, the narrative teaches children to build strength in difficult situations rather than be diminished. Beautifully illustrated by artist Jimmy Tsutomu Mirikitani and written by Davis-based psychologist Loriene Honda, “The Cat Who Chose to Dream” is a powerful reminder of a dark spot in America’s recent past that uses the internment of Japanese families as a teachable moment. Honda joins us ahead of a book signing April 5 at the California Museum.

Listen to The Cat Who Chose To Dream

Sudden Impact Sacramento area attorney and thriller author William “Bill” Wood will join us to talk about his latest book “Sudden Impact” which comes out in May, and his back catalog which will hit the stands in trade paperbacks this summer. 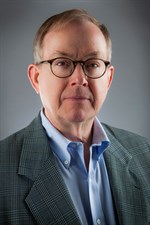