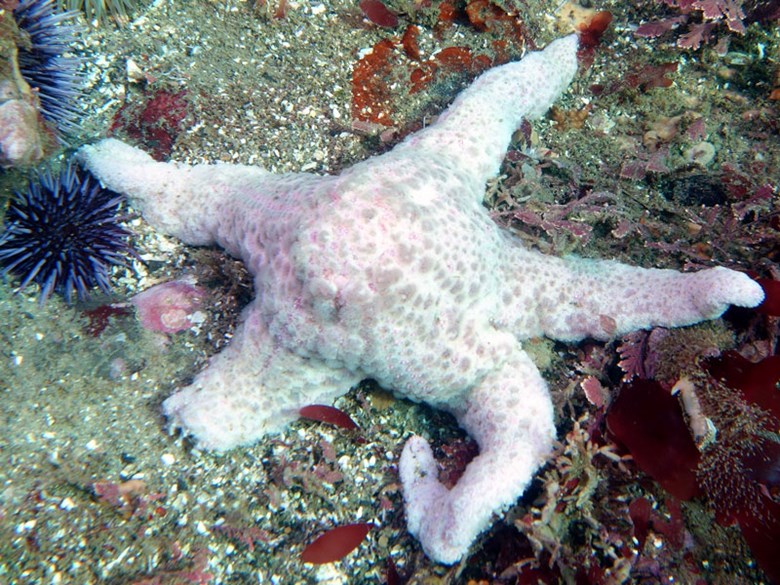 Researchers have discovered what is causing sea stars along the California coast to mysteriously waste away. Scientists from Cornell University and the U.S. Geological Survey say the Sea Star Associated Densovirus, or SSaDV, is causing the massive die off.

SSaDV is a type of parvovirus commonly found in invertebrates and it has been killing sea stars in droves along the U.S. and Canadian Pacific Coast—causing their arms to fall off and spilling their innards, and wasting away their bodies as if a heat gun were melting them from the inside.

The findings were published this week in the journal Proceedings of the National Academy of Sciences (PNAS). USGS scientist Kevin Lafferty led the statistical analysis on this study.

"We named it 'sea star wasting disease-associated virus,” says Lafferty. “The 'associated' meaning that's it's really difficult to prove that it causes the die-off but it is highly-associated with death and dying stars."

He said the virus is not new, but biologists don't know what triggered the outbreak. The current die-off started in summer 2013 in Southern California before spreading to Oregon, Washington British Columbia and Alaska.

Biologists, not involved in the study, say the increasing acidity of ocean waters associated with climate change could be a factor, by possibly making the sea stars more susceptible to the virus.