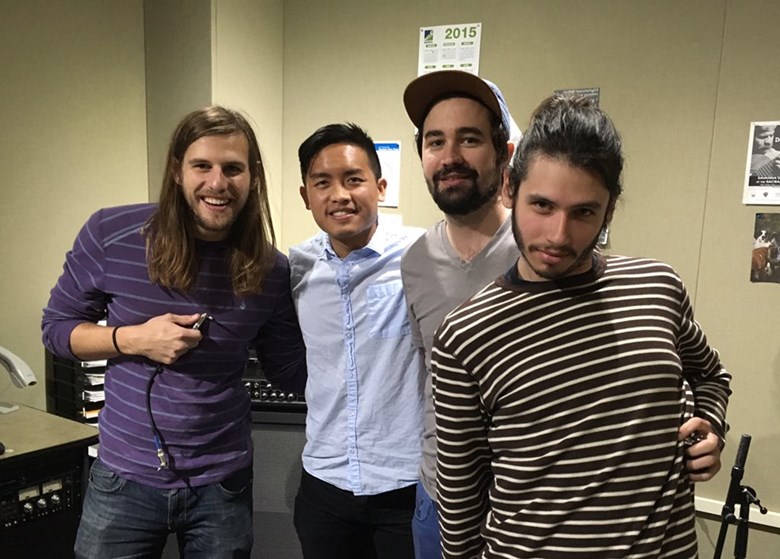 Epsilona is an up-and-coming indie rock band hailing from Northern California. Together, they have created a sound that pulls from multiple influences such as Tame Impala, Minus the Bear, and Toro Y Moi and released two albums.

The band released its debut EP – "Thinkers" – in November 2015. Epsilona is poised to make waves in today’s competitive music industry. It is clear that Epsilona is not afraid to write and play songs just how they want. Evidenced by their use of unconventional song structures, merging of different musical styles and use of unique guitar tones, Epsilona has demonstrated that they are not a risk averse group and are here to bring something new and different to the table.

Epsilona will be embarking on a national tour this spring and summer. We’ll meet Epsilona and hear them perform some of the new songs off of “Thinkers” live in our studios.