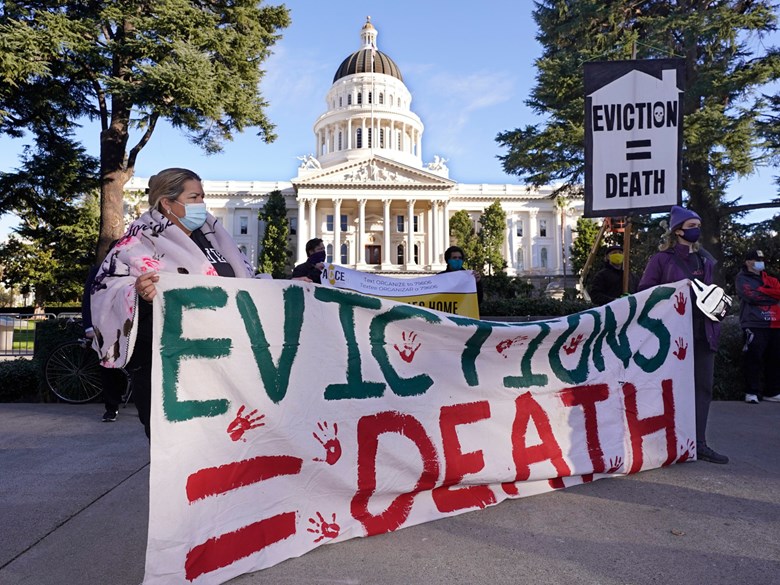 In this Jan 25, 2021 file photo demonstrators calling for lawmakers and Gov. Gavin Newsom to pass rent forgiveness and stronger eviction protections legislation, gathered in front of the Capitol in Sacramento, Calif.

Today on Insight, we're looking at California's new law on eviction protections, the first openly transgender person to be appointed a judge by a governor, and Sac State's student-run radio station, KSSU, celebrates 30 years on the air.

Correction: A previous version of this article misstated the position appointed by the governor. It has been corrected