Insight Special Coverage: One Year After The Stephon Clark Shooting 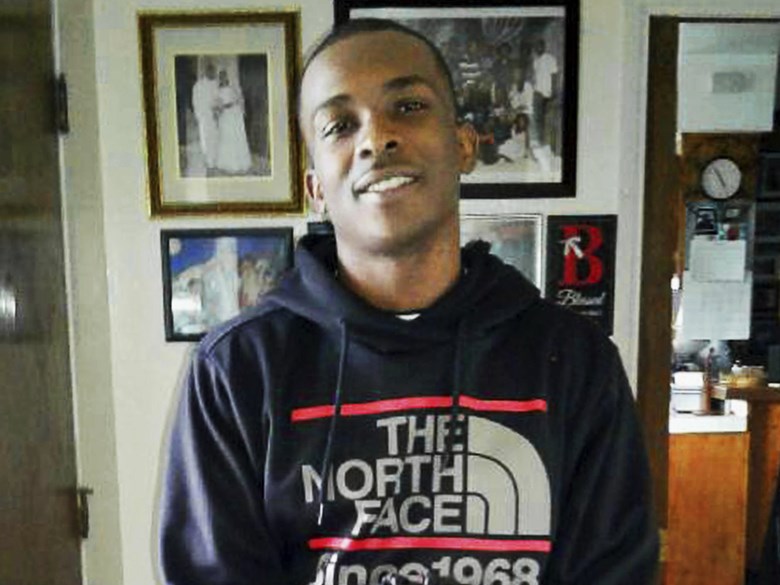 This March 18, 2018 photo, courtesy of the family, shows Stephon Clark at 5:20 p.m. in the afternoon before he died in a hail of police gunfire in the backyard of his grandmother Sequita Thompson's home in Sacramento, Calif.

Today marks one year since Stephon Clark was shot and killed by two officers from the Sacramento Police Department.

Harshaw wrote an open letter to Grant remarking on the indelible mark his death left on dialogues about racial justice in the Bay Area and the nation, but also the human tragedy of a young man whose life was cut short. He continues to cover the debate around police accountability, the effects of rising costs on communities of color, and the culture of the East Bay in his podcast, “Rightnowish.”

He discusses the way the community’s response to Oscar Grant’s death has changed over time, the activism that emerged in the wake of the shooting and whether he expects the community to find closure.

Pendarvis Harshaw: This is something that I've seen both in social media and through conversations with people just in the community, where you understand that it needs to be shown, it needs to be highlighted, and people need to be held accountable. We have the technology to kind of bring forth evidence that this is occurring at the rate at which it's occurring. And it's just a lot. It is. You know, first thing Monday morning and we're talking about this. That's a lot to take on. And it doesn't help the case knowing that I'm reporting on it. And also as a black man in America, I could be subject to it as well.

It's not like I'm not going to keep reporting on it but it does, it tugs at your gut, it really makes you look at yourself and say, man is this even working? Is anything even changing? … You can't not write about it, and at the same time, you have to realize that it takes its toll. And as we talk about mental health and self-sustainability, every now and then you have to just take a moment to breathe and appreciate life and don't let it stress you out too much.

I think the most common thing is that it's people holding publicly elected officials accountable. It's the people who are going to the streets and that are going to City Hall and applying pressure and saying, 'Hey, this is not what we want our tax dollars spent on.' So that's a common thread, not only between here in Oakland and Sacramento, but across the nation where any change is going to occur. It's going to be on behalf of the people holding those in power accountable.

Oscar Grant's death happened when I was in college and when I was still developing my perspective on the nation. You know like I said, you had this great story of the first black president happening, but I knew that — and even President Barack Obama ran on the hope of change, and I just didn't see that change, and it was very evident in my faith. And so since then, that story of Oscar Grant is kind of like being grounded in reality. It's really helped me to understand the role of being a journalist in this community.

When I see Oscar Grant's family at the My Brother's Keeper initiative just a few weeks ago where President Barack Obama was speaking in Oakland, and I said you know this isn't lofty, this isn't a dream life, this is really people showing up and being a part of being proactive and making sure that their feelings are felt, make sure that the story is heard, making sure that the world knows about what happened to their family member.

Before President Barack Obama spoke, there were three mothers sitting on the stage talking about losing their sons to violence. Trayvon Martin's mother and Oscar Grant's mother and one other mother. But seeing that really grounds me and like no, this isn't something that just happens on the news. I know Oscar Grant's family now. Over 10 years we've developed a relationship. And so, when you start to wrap your hands around it, it makes it seem like, OK this is something that you can actually deal with. Again not being overly optimistic, but just grounded in reality.