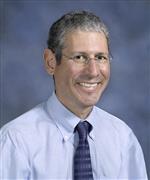 Enterovirus D68 begins with symptoms of a common cold, but quickly increases in severity. Infants, children, and teenagers are at highest risk of becoming infected. Pediatrician and infectious disease expert, Dr. Dean Blumberg, joins us to talk about what steps we can take to prevent the spread of infection in young people.
Children with asthma and prior respiratory conditions have been affected the most. There has not been an outbreak of this rare enterovirus since 1960, but in mid-August an outbreak began in Kansas City and Chicago and has now been reported in 12 states. With the rapid spread of this disease, hundreds of children are being sent to the ICU. The number of infected children is expected to continue to increase.

Update From The Front Lines Of The King Fire