News Network: Vaccination Rates In The State And Placer County

A single-dose vial of the measles-mumps-rubella virus vaccine live, or MMR vaccine is shown at the practice of Dr. Charles Goodman in Northridge, Calif., Thursday, Jan. 29, 2015.

The recent measles outbreak in California is attributed to a growing number of parents choosing not to vaccinate their children. And while the number of parents opting out of vaccines has been growing over the past decade, it actually declined in 2014. The Sacramento Bee’s Phillip Reese crunched the state’s vaccination rate figures in early December and published his findings shortly before the current measles outbreak. Reese joins us for this week’s News Network to explain where vaccination rates are the highest and lowest. 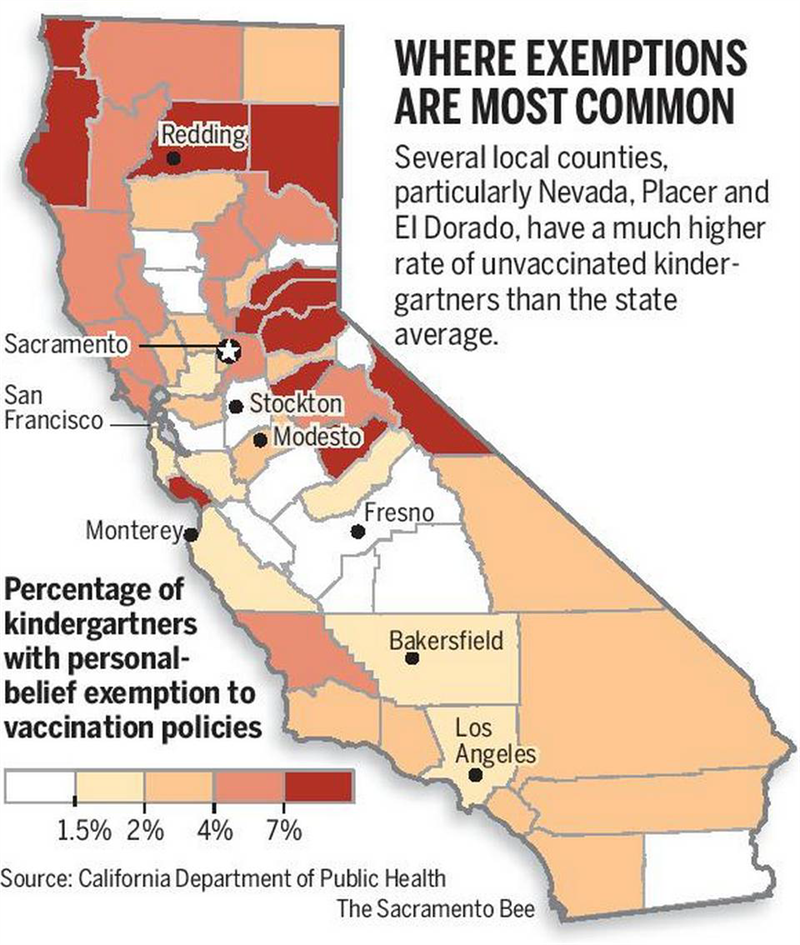 Plus, Auburn Journal Staff Writer Gus Thomson joins us to explain why Placer County has some of the lowest vaccination rates in the country.