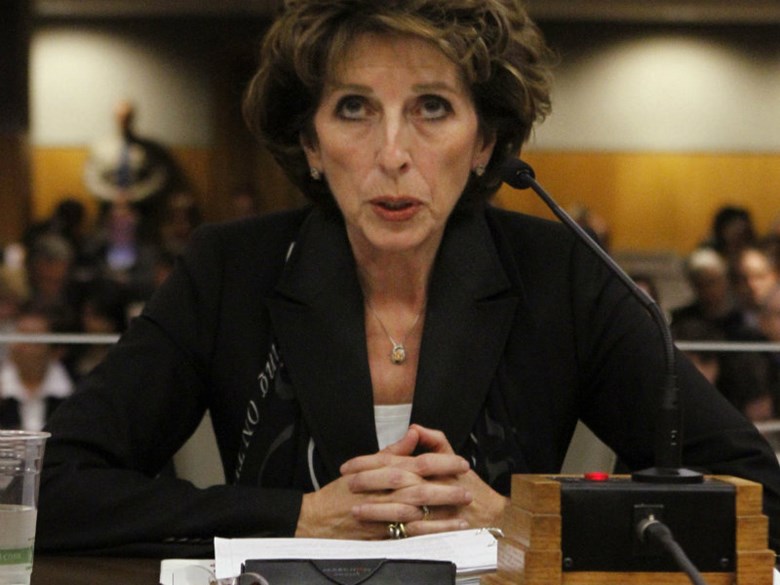 University of California, Davis, Chancellor Linda Katehi, in a file photo from 2011.

Katehi released a statement this morning to her Council of Deans and Vice Chancellors saying she's quote "100 percent committed to serving as Chancellor of UC Davis."

There's been speculation about Katehi's future after school officials wouldn't answer questions yesterday about whether she was still on the job.

She had also abruptly canceled an appearance set for this morning on Capital Public Radio's "Insight ith Beth Ruyak" without explanation.

Katehi has been widely criticized for accepting board positions with a number of private companies, including DeVry University and a textbook publisher.

It was later learned her administration had paid nearly $200,000 to a consulting firm to bury online stories about the 2011 pepper spraying of protesters by UC Davis police.

Original Post: Insight scheduled an interview with University of California, Davis Chancellor Linda Katehi, which was abruptly canceled Tuesday. KCRA is reporting that there is a call for Katehi’s resignation by UC President Jane Napolitano. On Insight, we'll talk about the few details known about this situation.