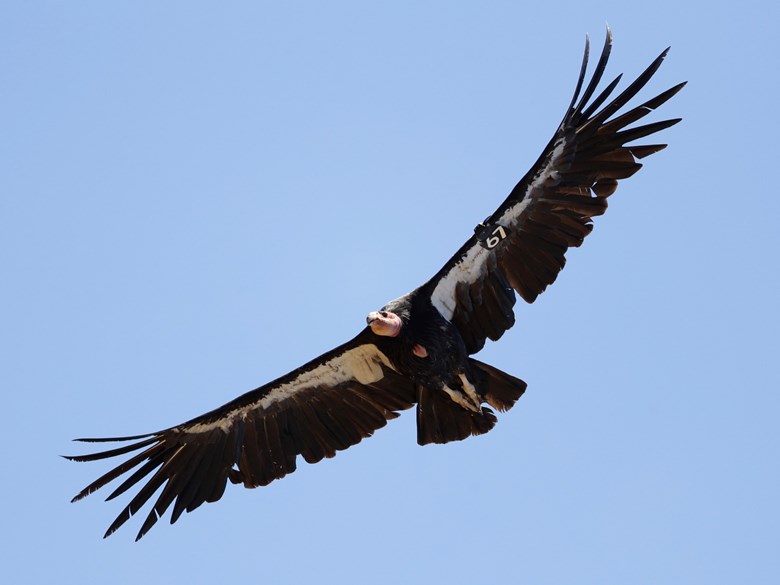 In this June 21, 2017, file photo, a California condor takes flight in the Ventana Wilderness east of Big Sur, Calif.