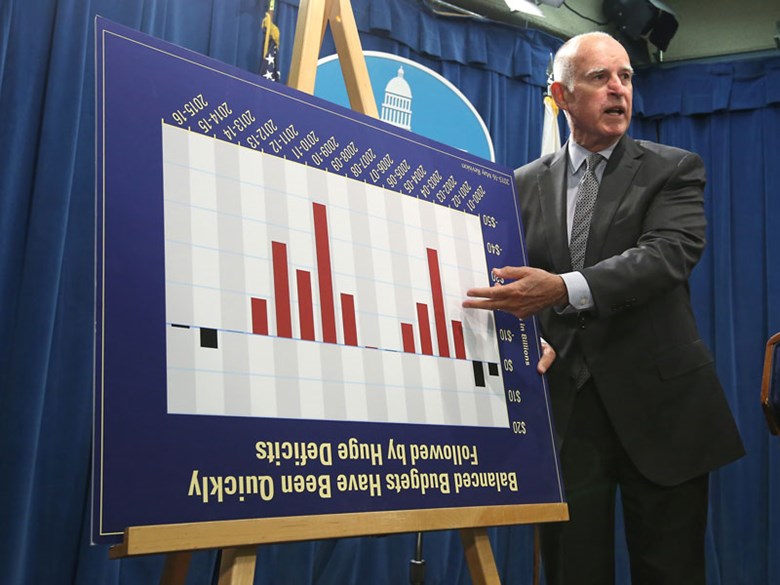 California Gov. Jerry Brown jokes with reporters by turning a budget chart upside as he discusses his revised state budget plan during a news conference at the Capitol in Sacramento, Calif., Thursday May 14, 2015.

It's been a busy week for California's political leaders. Gov. Jerry Brown released his revised budget proposal for the state, which includes a surplus and a tax credit for the poor. At almost the same time, a controversial vaccine bill made its way through the Senate. On today's Capitol Chat, Bureau Chief Ben Adler joins us with the latest on the Governor's budget proposal, including reaction. And we'll hear what's next for SB277.