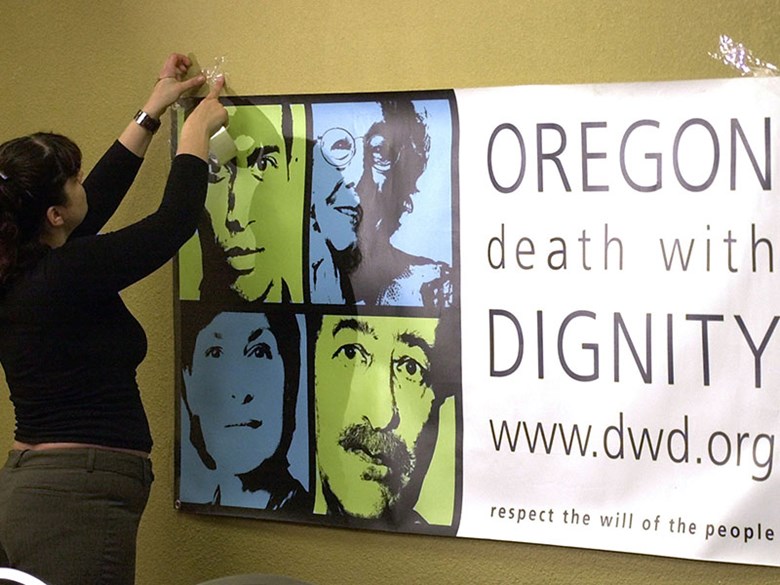 Linda Miles tapes a banner in Portland, Ore., Wednesday, May 26, 2004, before it was announced that the 9th Circuit Court of Appeals upheld Oregons Death with Dignity law.

California’s latest legislative attempt to legalize the right to die will face its first hurdle Wednesday afternoon in a senate hearing at the Capitol. SB 128 is largely modeled after Oregon’s Death With Dignity Act of 1997. The Oregon law makes it legal for a physician to prescribe medication to a terminally-ill patient wanting to end her life. Oregon has been monitoring who is participating in the ODDA and has recently issued its 17th annual report. Dr. Katrina Hedberg is Oregon’s state health officer and has prepared multiple annual reports for the state. She joins us to explain what the state of Oregon has learned from its aid-in-dying law in the past 17 years and how that may inform California lawmakers on how to proceed.