The Year In California Politics

It was a busy year at the California Capitol in 2017, as the Democratic led legislature pursued ambitious progressive goals while facing internal controversy.

From sanctuary state legislation, to a new gas tax and the we said enough campaign, state lawmakers found themselves in the headlines for a variety of stories. Here are some of the biggest capitol stories of this year in the words of the newsmakers in California Politics.

The California Year In Politics In 121 Seconds

2. Kevin De Leon Sanctuary State Legislation
“There is no such thing as a sanctuary city where there’s this invisible force shield. And if you reach it and you touch it like you’re playing tag you’re safe. It doesn’t exist. But it doesn’t mean that the State of California and the tax dollars of California have to collaborate and cooperate with the federal immigration agents and authorities in splitting children from their mothers and mothers from their children.” State Senate Pro Tem Kevin De Leon on SB 54, Sanctuary State Legislation.

3. California Gas Tax
“We have this double situation where people are moving farther and farther away from their work. And then on top of that the Legislature has raised the gas tax. And so it’s making it more and more difficult to afford the necessities of life.” Gubernatorial candidate John Cox speaking at a forum at the Public Police Institute of California forum.

4. Cap and Trade
“America did not drop out of the Paris Agreement. America is fully in the Paris agreement. The states and the cities in America, the private sector, the academic sector, the scientists, everybody is still in the agreement. There’s only one man that dropped out.” Former CA Governor Arnold Schwarzenegger speaking at the signing of Cap and Trade legislation on Treasure Island.

5. Affordable Housing Crisis
“Rent prices were rising. It became more of a owners market in the rental arena. Housing costs started to go up in terms of for sale housing. But also the vacancy rates. We started to notice that vacancy rates were absolutely going down. That means there’s not a healthy market. And the supply and demand is out of balance.” State SenatorToni Atkins (D) speaking on Capital Public Radio’s Insight about the affordable housing crisis in CA.

6. Affordable Housing Legislation
“Our children, many of them cannot afford to live in our communities. 30 seconds. We have a chance to do something about this.” Assemblyman David Chiu (D) speaking in the Legislature prior to the vote on affordable housing.

7. We Said Enough Campaign
“So many women in our professional community have been sexually harassed or sexually assaulted. I recognized that this is a moment of collective action.” Pamela Lopez, partner with K-Street Consulting, speaking on Capital Public Radio’s Insight about the We Said Enough campaign.

8. We Said Enough Hearings
“What everybody knows, is that we have rapists in this building.” Democratic Strategist Christine Pelosi speaking at the California State Assembly Hearings on sexual harassment. 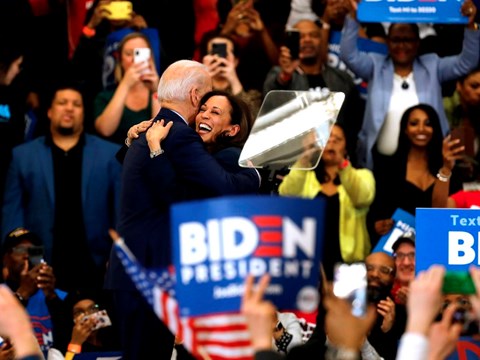