Opera Modesto’s production of “Mansfield Park” features pre-professional and professional artists, as well as teens who have graduated from the company’s Summer Opera Institute. This opera had its world premiere in 2011 in England.

These performances are part of Modesto’s Jane Con, the Central Valley’s first convention centered around Jane Austen. The weekend is the culmination of a months’ long, community-wide “Story Into Song Literacy Initiative” spearheaded by Opera Modesto.

Performances of “Mansfield Park” are January 11 and 12 at 2 p.m. at the State Theatre in downtown Modesto. 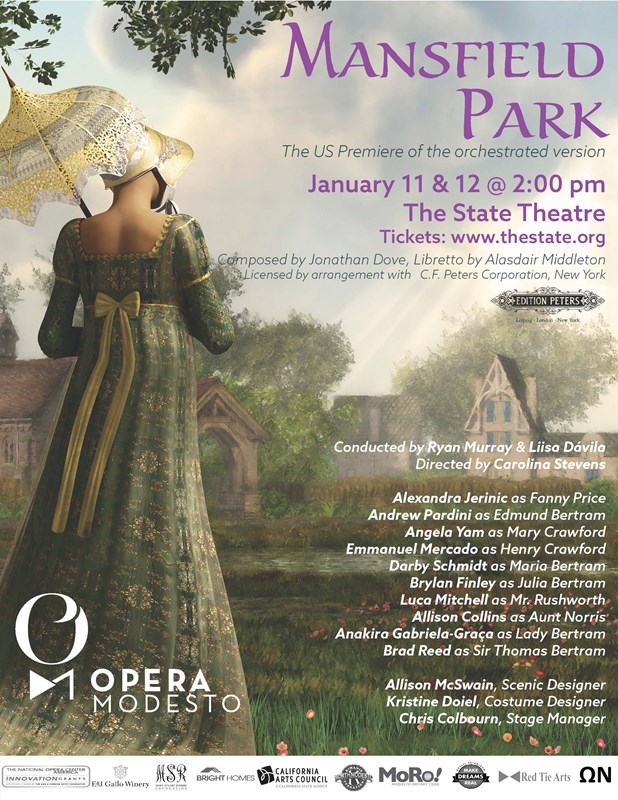