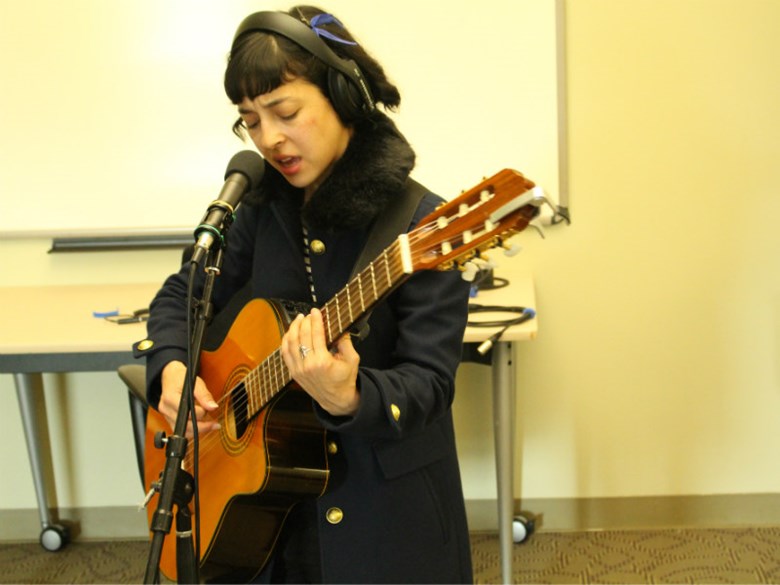 If Rube Goldberg designed a cuckoo clock, the music it would play each hour would be Foxtails Brigade. Intricate. Literate. Covered in Tweed.

The Oakland quintet has a new record available today. The group refers to Foxtails Brigade as an “art project” that encompasses film, photography and animation in addition to music.

He says, "They played like a well-orchestrated storm and its thunderhead is the unassuming Laura Weinbach who stands about 4’11”, leading the digital-effects-soaked cacophony with an acoustic guitar."