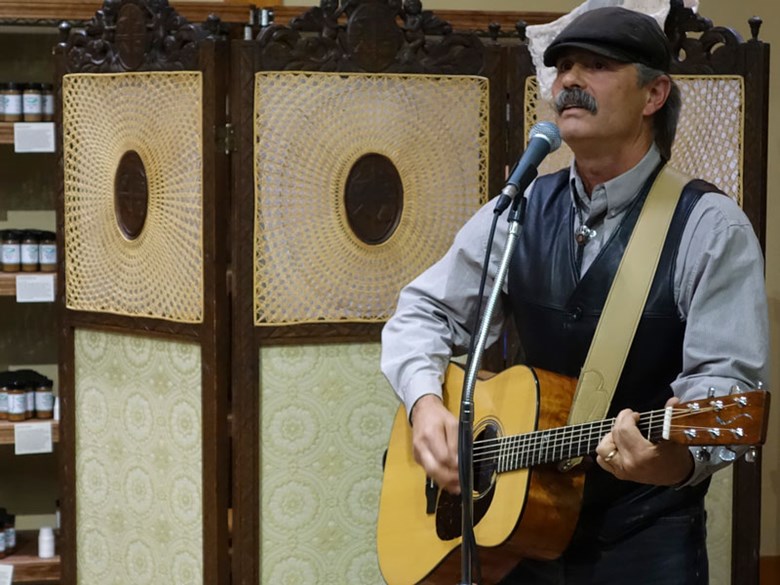 Singer, songwriter Richard Blair is best known for telling the tales of Truckee’s early days one song at a time. Blair’s lyrics, set to historical reenactments, were the basis of a hugely popular show in Truckee last year. And now, he’s back with a new set of stories to tell. Blair’s latest album and accompanying stage show is “Truckee Roots.” Unlike Blair’s first album, “From the Streets of Truckee,” the new album focuses less on the people and places of Truckee and more on the journeys of its early inhabitants.

Upcoming performances from “Truckee Roots” will be at the Cottonwood Restaurant in Truckee. Show dates are:

Past Insight interview with Richard Blair: From the Streets of Truckee, on CapRadio.org/music.