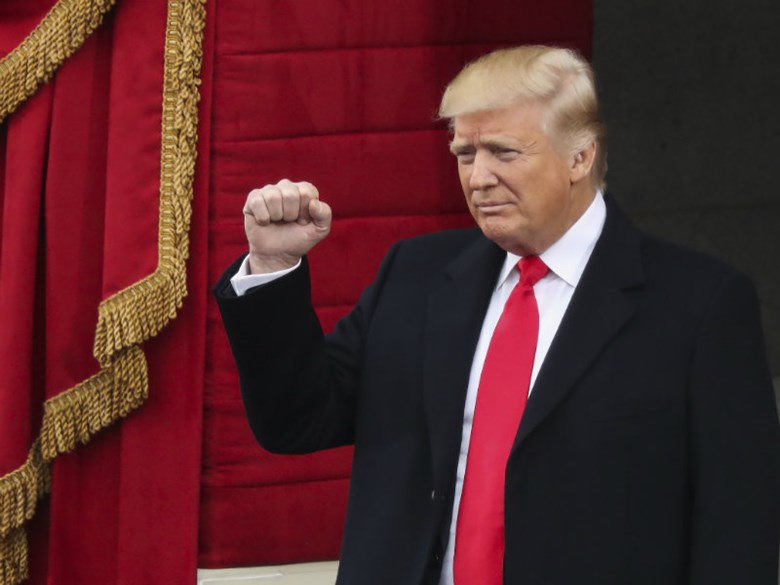 President-elect Donald Trump pumps his fist as he arrives during the 58th Presidential Inauguration at the U.S. Capitol in Washington, Friday, Jan. 20, 2017.

Trump's inauguration was overshadowed by the Women's March on Saturday in sheer numbers, despite Trump's staff saying more people attended than the media is claiming. About 3 million people attended marches across the country while the swearing in ceremony brought about 500,000.

Among Trump's first actions as U.S. President, he signed an executive order that would give federal agencies broad power to unwind regulations set by the Affordable Care Act.

Some of the nation's leading ethics scholars are filing the first major lawsuit against Trump, claiming he is receiving payments from his foreign business interests.

An article by Buzzfeed explains the scholars are looking to ask the federal courts to "to issue a declaratory judgment defining elements of the Foreign Emoluments Clause — specifically issuing a judgment that Trump’s business interests do or will violate the clause — and an injunction barring Trump from violating the clause."

A Ghost Ship Fire Survivor Fights For Survival In Hospital