The Oroville Spillway Scare: What Happened And What Comes Next 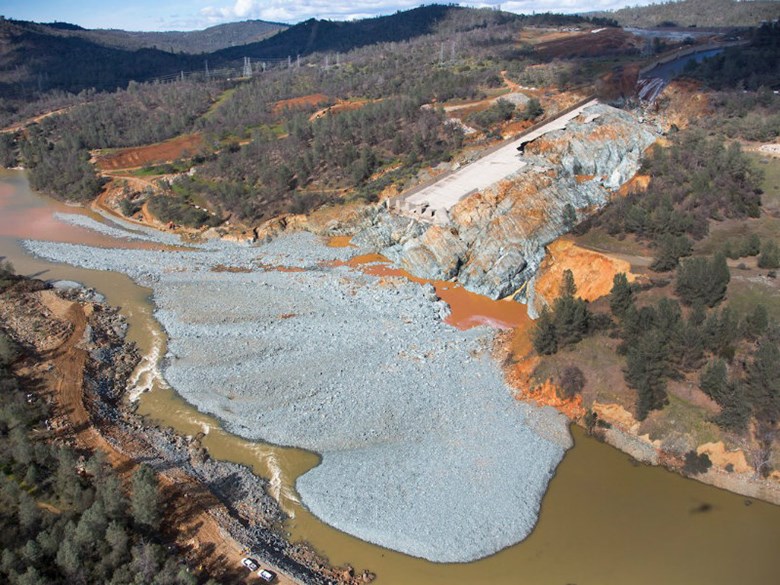 Since the conclusion of the Oroville Spillway scare that resulted in the evacuation of almost 200,000 residents, we look back at the events occurred and what happens next.

A timeline of Oroville Spillway events compiled by USA Today.

• Feb. 7. California Department of Water Resources officials identify a hole in the main spillway of Oroville Dam, the nation's tallest dam, and stop the release of water for a time down it.

• Feb. 9. Water officials say they know of “no imminent or expected threat to public safety or the integrity of Oroville Dam.”

• Feb. 10. Reservoir operators determine if releases from the nearly full reservoir can be maintained, the lake might not rise to the point where the emergency spillway would be used.

• Feb. 11. Water from Lake Oroville tops 901 feet above sea level, begins flowing for the first time in the dam's nearly 50-year history down the emergency spillway.

• Feb. 20. After continued releases of water from Lake Oroville in anticipation of the rain, water officials say they have reached their target lake level of 850 feet above sea level.

• Feb. 27. Water officials halt flows down the lake's main spillway to assess the damage to it and clear the pool below the dam of debris from all the erosion. They anticipate as long as a week's shutdown of the spillway.