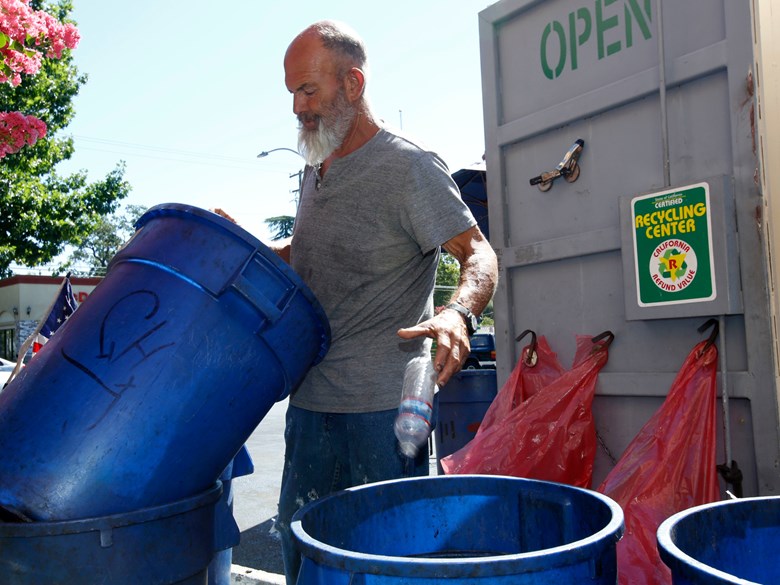 In this photo taken Tuesday, July 5, 2016 James Wilson drops a plastic bottle into a recycling can at a recycling center in Sacramento, Calif.

Roughly 44% of women and a quarter of men have experienced sexual assault, and there’s no timeline for healing; we discuss living with the trauma of sexual assault and how survivors find support and build resilience. LGBTQ+ youth were also hit hard by the new realities during the pandemic, and a Medical Director at the Child Mind Institute walks us through the issues. Plus, a look at a pair of new potentially impactful recycling proposals in California.