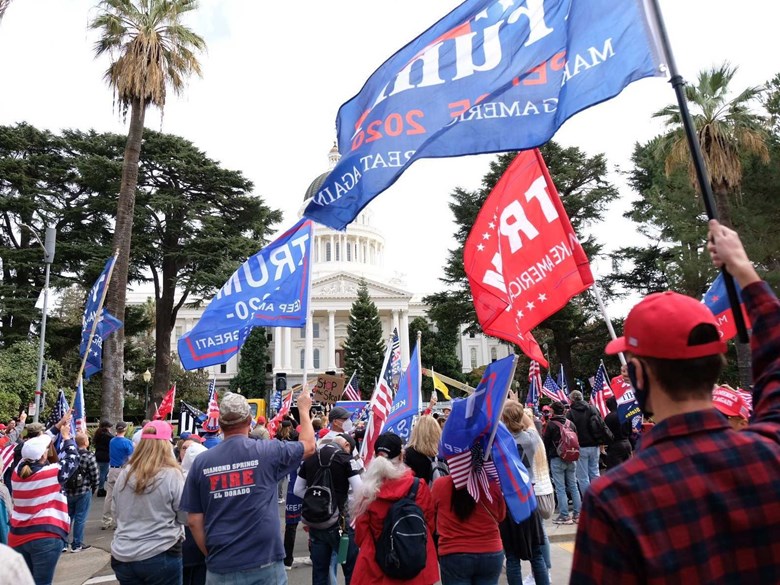 Joe Biden was elected the 46th president of the United States over the weekend. Biden defeated President Donald Trump after winning Pennsylvania, which put his total of Electoral College votes above the 270 he needed to clinch the presidency; we break down post-election politics, economics and what a Biden Administration could mean for the West Coast. Plus, a close look at the Trump supporters and counter-protesters clash outside the capitol over the weekend and clearing up misinformation.