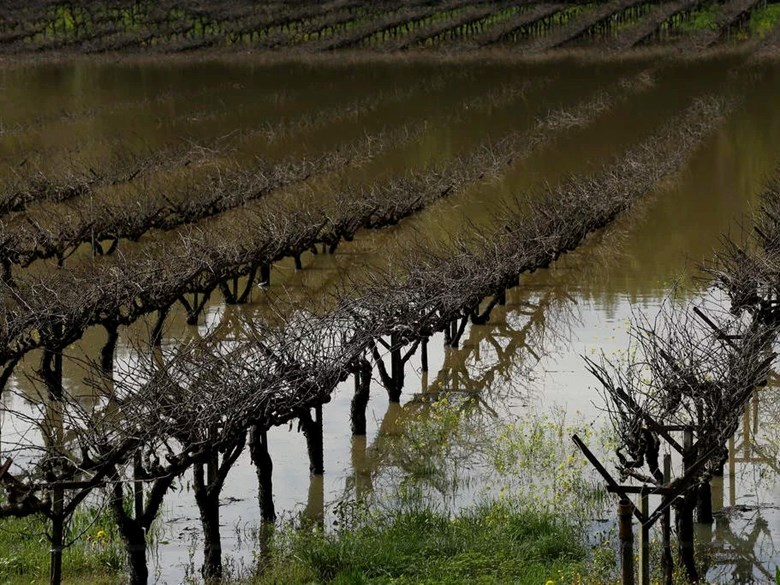 Grape vines at Korbel vineyards are submerged under floodwater Friday, Feb. 10, 2017, near Guerneville, Calif. The Central Valley produces $17 billion worth of crops every year.

New research predicts climate change is increasing the chances of a catastrophic megaflood in California, inundating the Sacramento and Central Valleys. Nasa is measuring plant “sweat” contributes to wildfire intensity. Donna Apidone shares her conversation with author Jennifer Raff about her newly released book that tells us where we came from.

The word megaflood has sparked many conversations and thought-provoking worst-case scenarios this week. The research that took off across the country was published in the journal Science Advances. Predicting that climate change is increasing the risk of a California megaflood, the likes of which we haven’t seen in intensity before, with devastating impacts that will touch every corner of the state. And the chances of it occurring within our lifetime are becoming more likely if the planet continues to warm. Researchers behind the study said the goal of the research was to be solution-oriented, not to be alarmist or apocalyptic. Because there is a great deal we can do to prepare for extreme weather events, including megastorms and this research is part of that preparation. To learn more about what is being forecasted and how the state is using this research to develop solutions, Insight invited Michael Anderson, a state climatologist with the California Department of Water Resources, and Jeffrey Mount, a Senior Fellow with the Public Policy Institute of California.

From an altitude of roughly 250 miles from Earth’s surface, NASA is working to better understand wildfires across California.  Aboard the International Space Station NASA launched ECOSTRESS, which stands for Ecosystem Spaceborne Thermal Radiometer Experiment on Space Station. The instrument can measure a patch of Earth smaller than the size of a football field from space. A study published this month measured the temperature of plants across the footprints of six wildfires in California from 2020 to better understand how plant “sweat”, the non-scientific equivalent for evapotranspiration, can contribute to the severity of wildfires. Madeleine Pascolini-Campbell, a scientist at NASA’s “Jet Propulsion Laboratory in Southern California and led the study, joined Insight to talk about her research and explain the findings aren’t simply that dry plants burn more than hydrated ones, but that it's more complicated. And understanding why can hopefully lead to predicting the probability of wildfire severity before they begin.

"Origin: A Genetic History of the Americas"

Today on Insight we have a history lesson. It’s not the history of our city, state or country, but rather the history of the human race. Anthropologist Jennifer Raff uncovered the untold history, and mystery, of how humans first migrated to the Americas. The book is called Origin: A Genetic History of the Americas. CapRadio’s Donna Apidone talked with Jennifer about her newly released book that tells us where we came from. 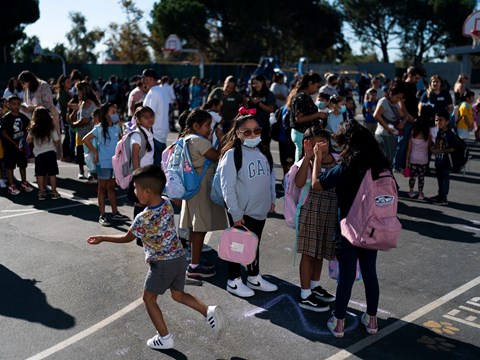