California wildfires are creating smoky, sooty air this summer. But they may also be increasing the amount of Valley Fever going around. A travel alert for the soil-dwelling fungus is in effect for a number of California cities, including Sacramento, Modesto and Redding.

George Thompson with the UC Davis Valley Fever Center says drought conditions and fire-fighting equipment stir up fungus in the soil. The spores then travel by wind, sickening firefighters and the public.

“The last two years we’ve seen more cases of Valley Fever in California than ever before,” he said.

New federal dollars and a package of state bills this year could increase funding to educate doctors about Valley Fever and develop new drugs and vaccines.

“The bottom line is we need new medications to fight this infection,” Thompson said.

In the meantime, experts recommend rolling up windows if you’re driving along the I-5, and asking your physician if you think you’ve been exposed.

Thompson joined Insight host Beth Ruyak earlier this week to discuss the infectious disease. You can learn more at the UC Davis Symposium on Valley Fever on Sept. 20. 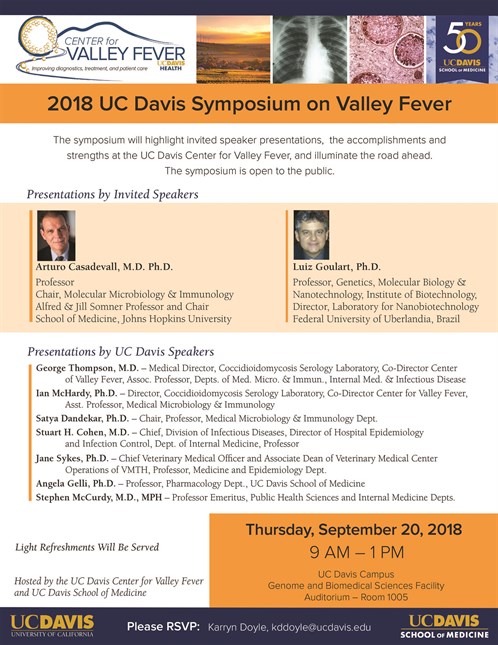