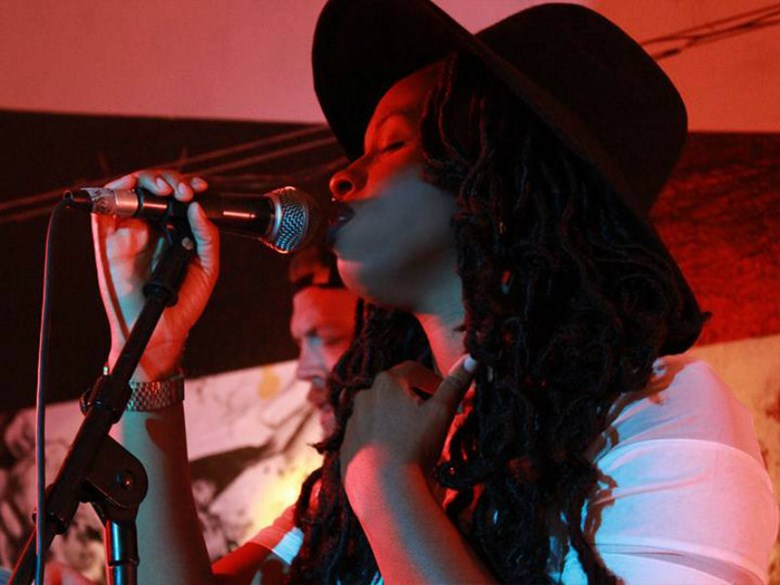 This summer has been a busy one for Vallejo-native Zyah Belle. She released her first full length album, Next Levels, two weeks ago after winning the Sacramento News & Review Sammie award for best R&B/Soul artist this spring. On Insight today, she spoke with Beth Ruyak about the offbeat inspiration for the album’s contents: video games.

“I’m comparing my life to a euphemism for games,” she says. “When you go through life, you might have to meet new challenges, like a video game-- pick up new armor, new amo, beat a new thing, conquer something new. And you level up each time to get to that final level of whatever your vision of success is, whatever your dream is.”

The gaming and technology influence permeates through each track. Titles include “Game Over,” “Cheat Codes,” and even the slightly darker “F.M.S. (First Person Shooter).”

She uses the lens to get at themes that hit home in a moment so saturated with technology. In “Game Over,” she pleads to a lover who isn’t really there, singing, “ I saw you, lurking all up on my Snap, double tap on all my pics, thinking I’m gonna message back.” The romance doesn’t make it to face-to-face interaction. “I feel real, you stay digital,” she sings.

The album often highlights these complications of millennial love and all the devices associated with it. In “Quick Save,” she references the dating app Tinder. “I knew I should have swiped left,” she sings (a ‘swipe left’ rejects a potential partner on the app). “I took a chance on you.”

Belle says that memories growing up in the ‘90s cemented video game culture as a part of her identity. She says moments spent with siblings and the family’s PlayStation shaped her upbringing.

“Games were things that brought us together,” she says. “It was our family time.”

Just as gamers often stay up into the late hours to hone their craft, Belle says the album’s recording often happened after the daytime grind. She worked a day job while making the album, and devoted one day a week to writing songs with her two co-writers, who she calls best friends.

“We would make sure that we always made time to write together for the album… schedule one day a week where we would write,” she says. “[I wanted] to switch gears, solely focus on my artistry. It was challenging to have a job but say, okay, I’m going to be in the studio until 12 a.m.”

Belle, who studied music at Sacramento State, says she’s already in the early stages of her next album. She plans to spend time in Los Angeles later this year working on music, where she says she has a “huge opportunity” but can’t go into details. Still, she’s grateful for the support of the Sacramento community, and plans to return.

“Sacramento really does pay attention to artists in the city who are making strides. The music, the art, it’s nothing really if nobody can connect with it.”

Zyah Belle will be performing at Harlow’s in Midtown Sacramento this Friday, July 8.