Listen to Full Show
/
download audio
Update RequiredTo play audio, update browser or Flash plugin.
State Of The City Sacramento MayorKevin Johnson declared 2014 “the year of groundbreakings” during his State of the City speech Wednesday night, highlighting the downtown arena, new housing in North Sacramento and many other projects. Sacramento Bee Reporter Ryan Lillis was there and joins us to explain what other city priorities made -and didn’t make- it into the mayor’s speech.
Listen to State Of The City

As It Happened - State of the City Storify

Kyle Rasmussen Olympian Kyle Rasmussen twenty years ago, Olympic fans were following the career of a powerful alpine skier from Angels Camp, Calif., who grew up skiing at Bear Valley. Kyle Rasmussen was competing in the era of Tommy Moe and AJ Kitt – a comeback time for US Skiing after an all-time low at the 1988 Calgary Games. Rasmussen went on to be a three-time Olympian and we caught up with him from his home to find out how much has changed for alpine sports since he competed. 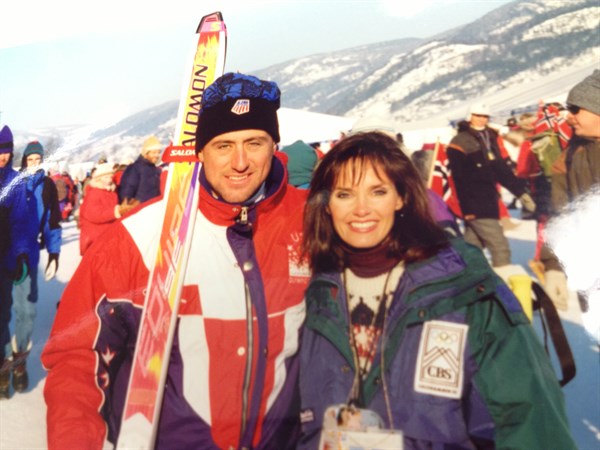 Beth met Kyle back in 94 when he was competeing in Norway.
Ask Joey Joey Garcia’s latest self-published book of relationship advice columns
“When Your Heart Breaks, It’s Opening to Love” is hitting the shelves soon. We’ll check in with her and talk about Valentine’s Day tomorrow.
Listen to Ask Joey

Sound Advice: Classical During this week's installment of Sound Advice, Classical music host Cale Wiggins joins us for a conversation about the importance of instruments. We'll hear from three artists who's instruments make almost as much of a difference as they do.