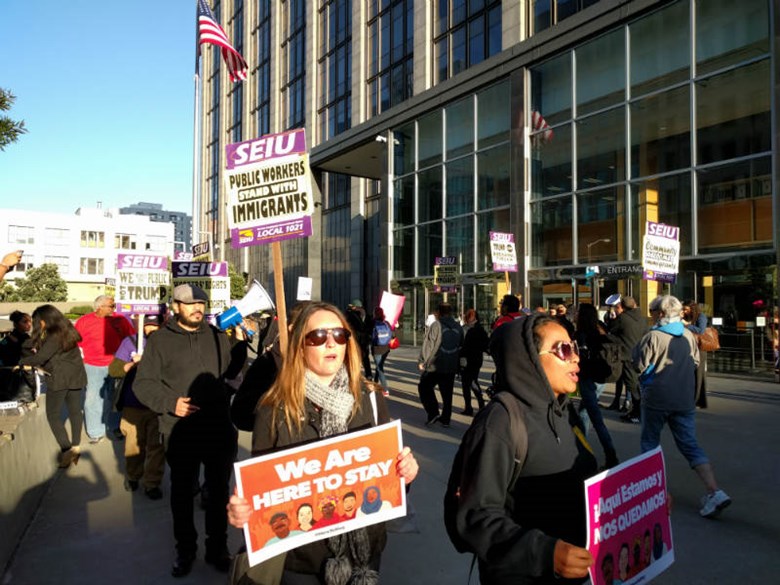 San Francisco and Santa Clara are suing the Trump administration in their attempts to reduce federal funding because of their “sanctuary cities” statuses.

State government reporter Ben Bradford is in San Francisco with a preview of the event and following the protest on-site.