Reducing California's Prison Population A three-judge panel ruled Monday that California has two more years to reduce the state's prison population by about 5,000 inmates. The time frame makes the reduction an easy target, although many of the quicker options for easing prison overcrowding -like shifting the burden to county jails, or realignment- have already been used. The next phase of solutions will need to focus on sentencing reform and programs that keep criminals from returning to prison once they're released. McGeorge School of Law professor and expert on California sentencing reform, Michael Vitiello, joins us to explain how California’s prisons initially became overcrowded, and what needs to be done to ensure prison populations continually decrease.

Olympics Update Women made history at the Winter Olympics in Sochi this year, competing for the first time in the ski jump. NPR's Tamara Keith is covering the games and was there to witness history. We'll talk with her about what she saw and what it's been like covering the 2014 Winter Games.

NPR's Olympics coverage brought to you by gummy bears. If there were an official food of team #nprsochi it would ... pic.twitter.com/uM4g7cOnQY

Lindsey Van and Sarah Hendrickson stop to talk to reporters after their history-making ski jumps. They finished 1... pic.twitter.com/hls97kMdjz 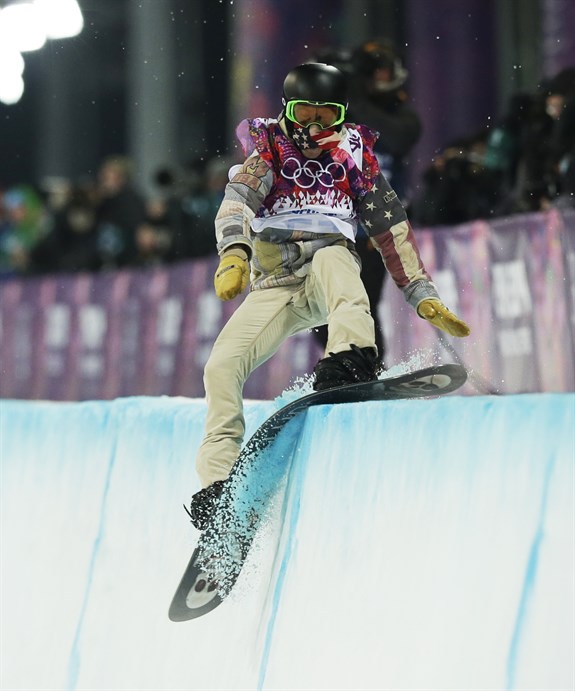 Shaun White of the United States hits the edge of the half pipe during the men's snowboard halfpipe final at the Rosa Khutor Extreme Park, at the 2014 Winter Olympics, Tuesday, Feb. 11, 2014, in Krasnaya Polyana, Russia. Andy Wong / AP
Poet Stephen Dunn Sacramento will be the site of Pulitzer Prize-winning poet Stephen Dunn's premier west coast reading from his new book, "Lines of Defense." In this recorded segment, we talk with author and professor about his work and his time playing basketball, and we'll hear a couple of poems from "Lines of Defense."

Kushman by the Bottle In this week's installment of Kushman by the Bottle, wine expert and occasional guest host Rick Kushman joins us to talk about how the drought in California might effect wine grapes in our region. He'll also offers advice on finding a perfect bottle of bubbly for Valentine's Day.


Listen to Kushman By the Bottle