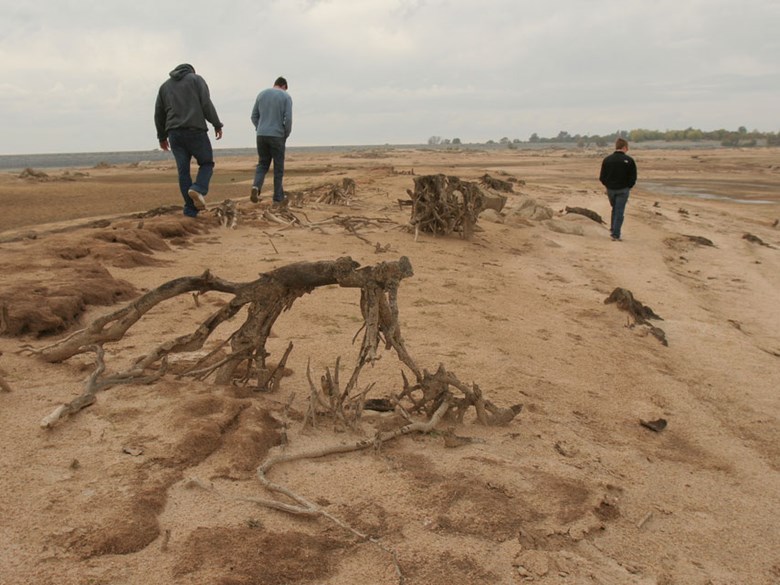 Politics and the Drought Water wars are nothing new in California politics. But now the fight has gone to Washington. The House of Representatives is set to vote on a Republican-backed bill -- H.R. 3964 -- known as the Sacramento-San Joaquin Valley Emergency Water Delivery Act, Wednesday. California republicans say the bill will help California through the drought by removing onerous federal regulations. Opponents say the bill will strip wildlife protections without improving drought conditions for most of the state. John Garamendi, a Democratic house member representing California’s 3rd congressional district, which covers Sacramento and much of the Sacramento Valley, joins us to discuss a recent amendment he made to the bill.

Listen to Politics and the Drought

Marcos Breton Sacramento Bee columnist Marcos Breton, who joins us at the start of each month.  You can find his columns in the Bee’s Our Region section every Wednesday and Sunday.

Bryan Valenzuela Sacramento artist Bryan Valenzuela was one of two visual artists awarded a grant from The Leff-Davis Fund for Visual Artists. The $5,000 award is given to support serious aspiring professional artists in the advancement of their careers. This was the inaugural award. Valenzuela is a Sac State graduate and the lead singer of Exquisite Corps, an eclectic band that’s performed on Insight. We’ll talk with Valenzuela about his work.

Anatomy of the Human Heart (Strings)