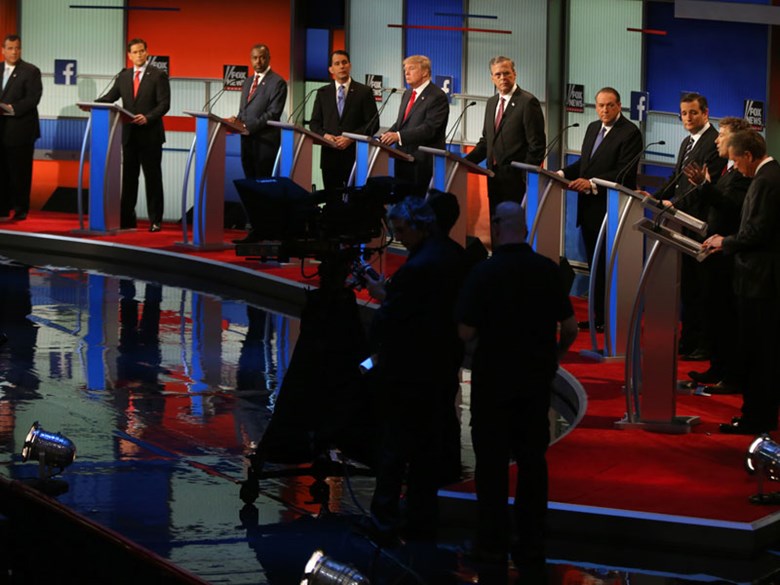 The Political Junkie is turning his analytical gaze west. Ken Rudin, known to NPR listeners from his many years talking all things politics with Neal Conan on "Talk of the Nation," joins Insight host Beth Ruyak for our signature segment that puts California politics in the context of the national scene. Rudin joins us from Washington D.C. in an effort to put it all in perspective. 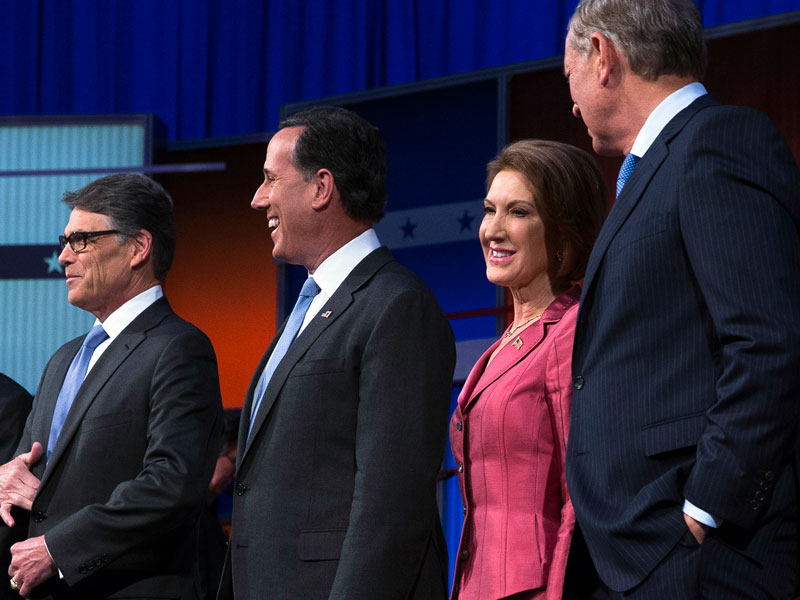 Republican presidential candidate Carly Fiorina, second from right, is joined on stage from left by Bobby Jindal, Rick Perry, Rick Santorum, and George Pataki during a FOX News Channel pre-debate forum at the Quicken Loans Arena, Thursday, Aug. 6, 2015, in Cleveland. Seven of the candidates have not qualified for the primetime debate.  John Minchillo / AP