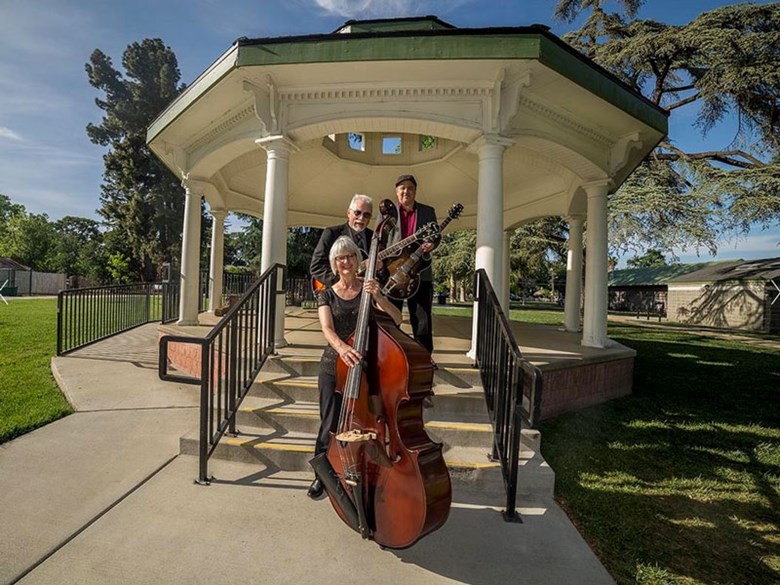 The Jane Thompson Trio will be performing on the Sacramento River Train Old Vine Express Saturday. The train will depart from from West Sacramento and feature 14 wines from local wineries. The jazz trio is about a year old but the musicians have been playing for decades. Band leader Jane Thompson has been playing bass most of her life and also spends her time performing in the 18-piece community big band "It’s About Time."
Guitarist Ken Billeci is an active music educator and performer in Northern California and holds an A.A. degree in Music from American River College. And guitarist Jon Spivac currently teaches music at Watermelon Music in Davis, Tim’s Music in Sacramento and in The San Juan Unified School District. The trio will perform in our studio ahead of Saturday's gig on the train tracks.