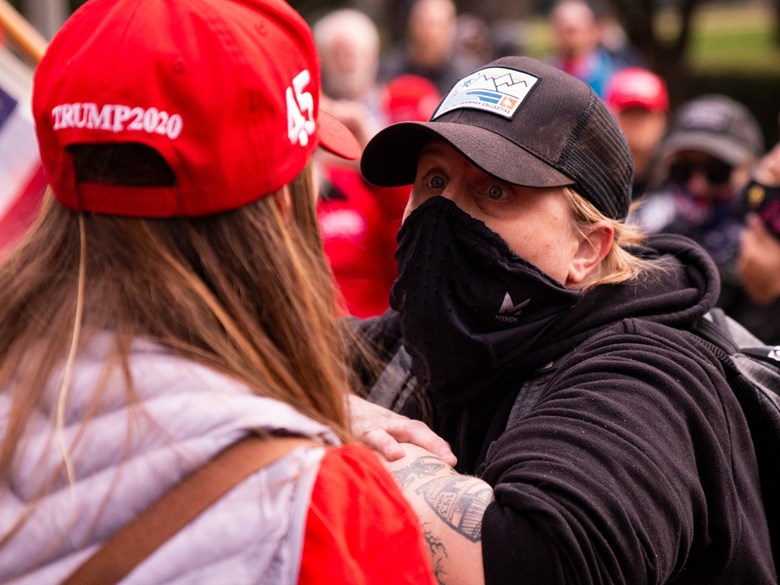 Demonstrators at a pro-Trump protest in downtown Sacramento on Jan. 6, 2021.

Supporters of President Trump breached the U.S. Capitol building on Wednesday as Congress debated objections over the electoral college results from the 2020 presidential election; we're joined by California members of Congress who were there when the mayhem broke out. We also take a look at what's next in the Trump Administration's remaining days and leading up to President-Elect Joe Biden's inauguration. Plus, what happened at the State Capitol yesterday after Pro-Trump supporters, Proud Boys and more showed up to protest the electoral college count.