Sound Advice: The Evolution of Hipness 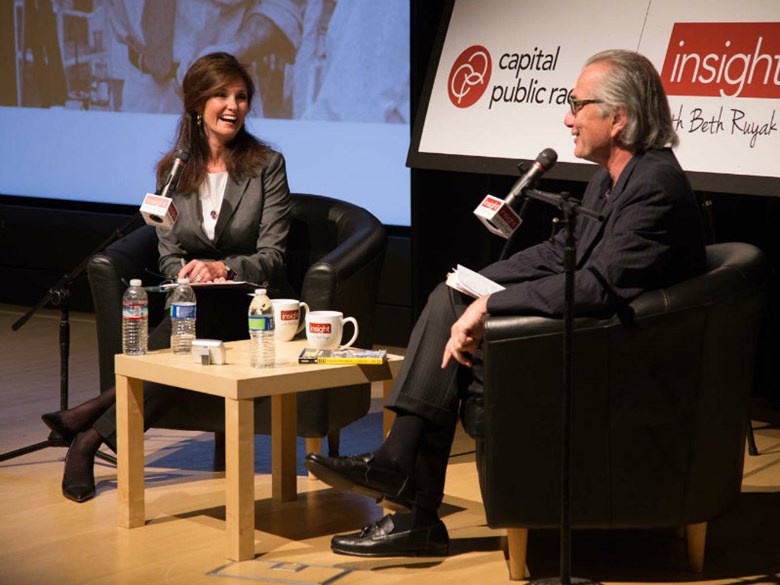 Charlie Parker and other cutting edge bebop musicians had a profound influence on the beat poets. Parker was idolized by Kerouac and Ginsberg and Kerouac’s spontaneous prose was likened to Parker’s awesome saxophone solos. Barry Alfonso noted that the poets and Bird “shared an obsessive approach to their work.” They also shared reckless lifestyles.

Many of the beat poets tried to emulate Parker’s carefree lifestyle and equal or top his consumption of alcohol and drugs.  “Cosmic Rays” was recorded in 1952. Parker died on March 12, 1955 at age 34 (Kerouac’s 33rd Birthday). The coroner who performed his autopsy estimated his body to be between 50 and 60 years of age. Kerouac passed away in 1969 at age 47, by then himself a bloated alcoholic. 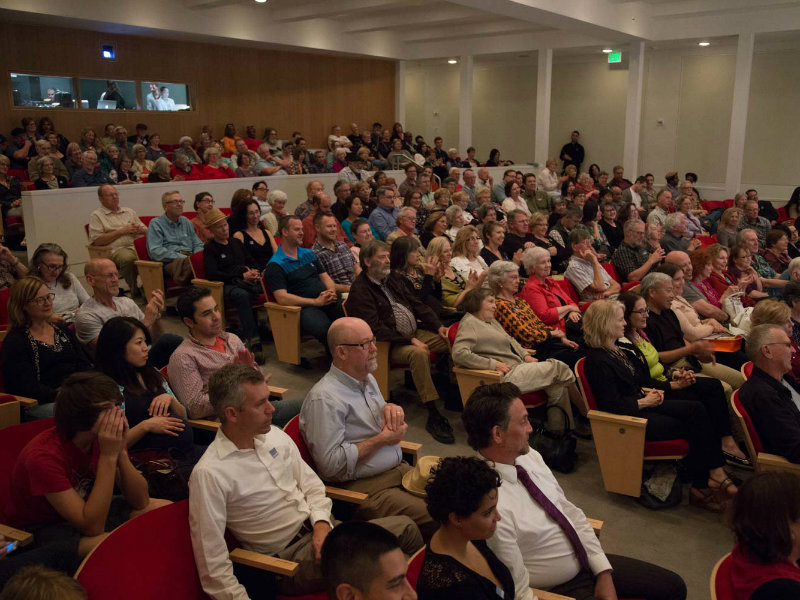 “October In The Railroad Earth” by Jack Kerouac & Steve Allen

Recorded in 1958 with Steve Allen’s cocktail jazz in the background, Kerouac paints a vivid picture of San Francisco and its surroundings. Kerouac shows high regard for both jazz musicians and African Americans, both of whom he postulated were born hip. This oration makes me wonder what Kerouac would have to say about the Google buses transporting tech employees from San Francisco to Palo Alto today, as well as the many storefronts that are being converted to elite housing in the Bay Area.

After the moderate success of this recording Kerouac was approached to record another. He told producer Bob Thiele that he would only do it if he could be accompanied by jazz saxophone legends Zoot Sims and Al Cohn.

An excerpt from “America” by Allen Ginsberg

This is an excerpt from a CBS Radio study of the beat generation by Howard K. Smith in 1960 titled “The Hidden Revolution.” In his introduction, Smith notes the contempt the beats had for the status quo and the effects of consumer consciousness. Ginsberg comments on how the effect World War 2, The Korean War, and the Cold War shaped the generation’s consciousness. We then segue to an excerpt from “America” from Ginsberg’s “Howl.” 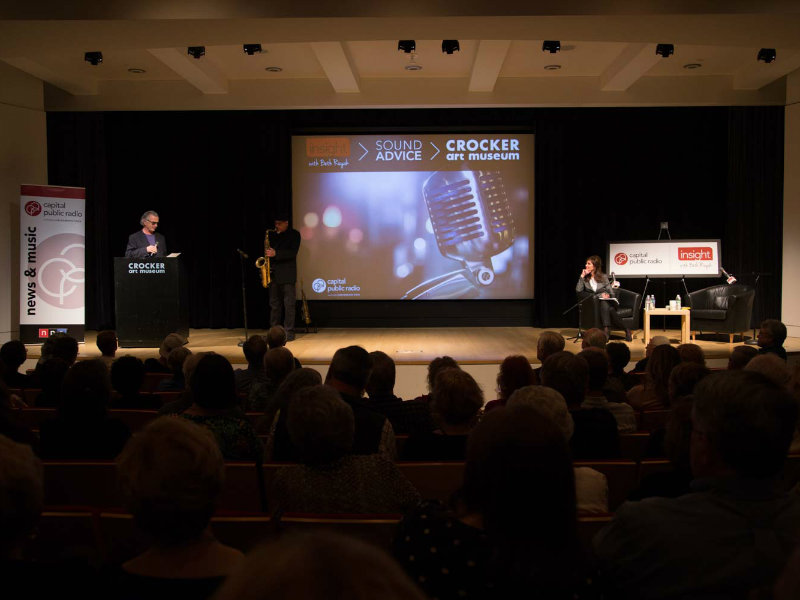 This is one of many originals from OBJ’s 1960 debut for Columbia Records titled “Sin & Soul.” No one better captured the African-American experience in the 60’s than Brown, a prolific actor, poet, playwright, and composer. It was Brown who first set lyrics to such jazz classics as “Afro Blue” and “Dat Der.”

In the liner notes to this album Brown wrote, “Most of my worlds are Negro. Being a Negro is not always pleasant, but it is a vigorous exercise for the soul. It can enrich an artist. The melodies I make up grow out of tunes, rhythms, calls, and cries that have always sung to me. My lyrics are versus about feelings I’ve felt and scenes I’ve dug.”

Although associated with the beat poet era, Nordine went on to undertake corporate voice over work. His deep resonant voice was found in commercials for Levi’s and other national ads. Nordine’s writings reveal “dream like scenarios with sometime paranoid undercurrents.” This vignette is from his album “Word Jazz Volume 2” (1960). 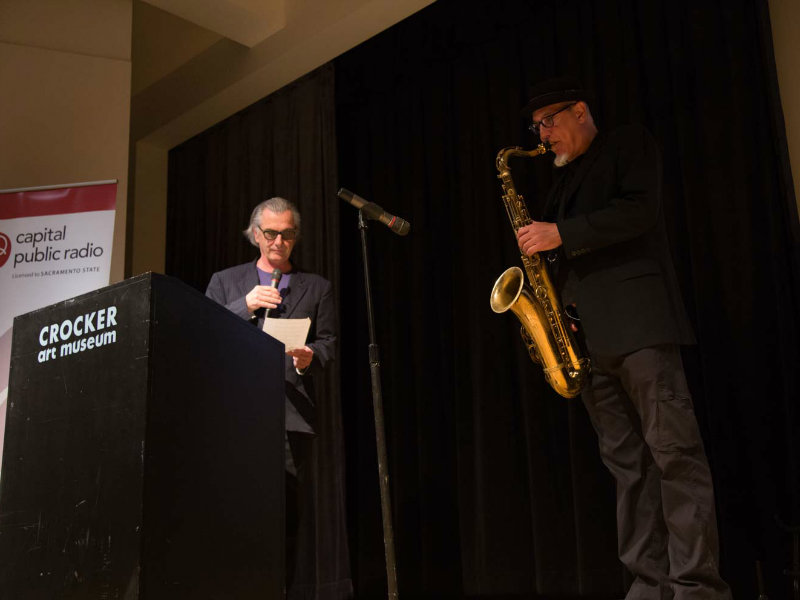 This witty tune, written by Dave Frishberg and Bob Dorough, was recorded live at Ronnie Scott’s Club in London in 1960. Blossom Dearie was born in New York in 1926. Her whimsical, girlish voice was both sophisticated and soft. She was an excellent pianist and one of the most recognizable jazz artists in the 50’s and 60’s. She went on to work again with Bob Dorough on Schoolhouse Rock in the ‘70’s on public TV, reminding kids to “unpack their adjectives.”

Tony Adamo’s “hipspokenword” is supported here by outstanding musicians, including drummer Mike Clark (a Sacramento native) and pianist Michael Wolff. Adamo, who now lives in Reno, is obviously a native New Yorker.  Here, you can feel the pulse of Manhattan seen through the eyes of a very hip individual. Adamo salutes General T, a jazz raconteur from a previous era.

This group from the U.K. articulates the frustration of urban youth with both keen musicality and profound lyrics. This 2006 recording remains relevant even today. In 1991, this band scored a massive hit, adding lyrics to Herbie Hancock’s Cantaloop Island. It was included on the “Hand On The Torch” CD, which turned out to be the first platinum seller on the legendary Blue Note label.