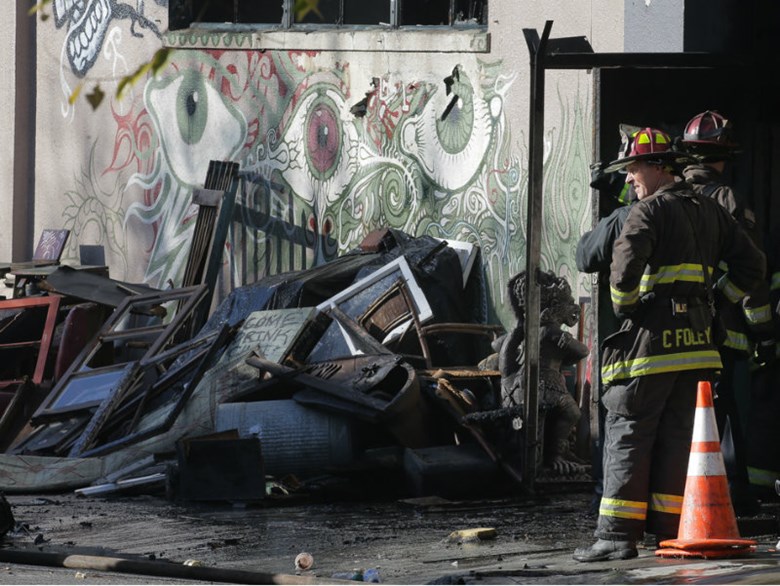 Oakland officials have halted investigating the "Ghost Ship," a warehouse that caught fire and killed dozens. Morning Edition host Steve Milne gives us more informations on the latest updates of the building.

The warehouse fire in Oakland is the worst in the city's history, with the death count up to 36 as of Monday.

The Oakland Fire Department believes it might have a lead on what started the blaze, but no solid evidence has been found other than twisted steel beams that show signs of extreme heat.

Officials are still identifying bodies and uncovering more of the warehouse that was used as a collective for artists.

The East Bay Express reports that the property's owner has received multiple complaints as early as 2014 for fire hazards and structures within the "Ghost Ship" that were built without permits.