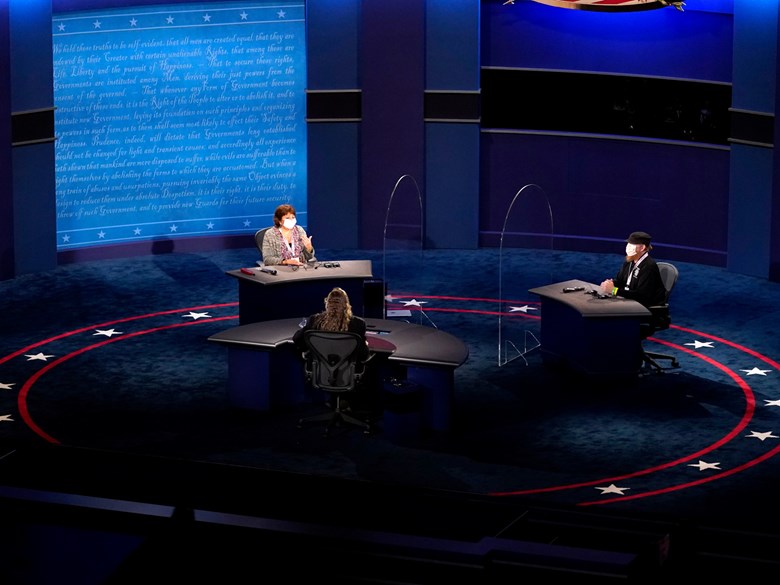 Members of the production crew stand in on the stage near plexiglass barriers which will serve as a way to protect the spread of COVID-19 as preparations take place for the vice presidential debate at the University of Utah, Tuesday, Oct. 6, 2020.

Today Insight, we check in longtime political journalist Ken Rudin on tonight's Vice Presidential Debate, we get into the background conflict between Armenia and Azerbaijan, and the latest on CapRadio Reads from Donna Apidone.