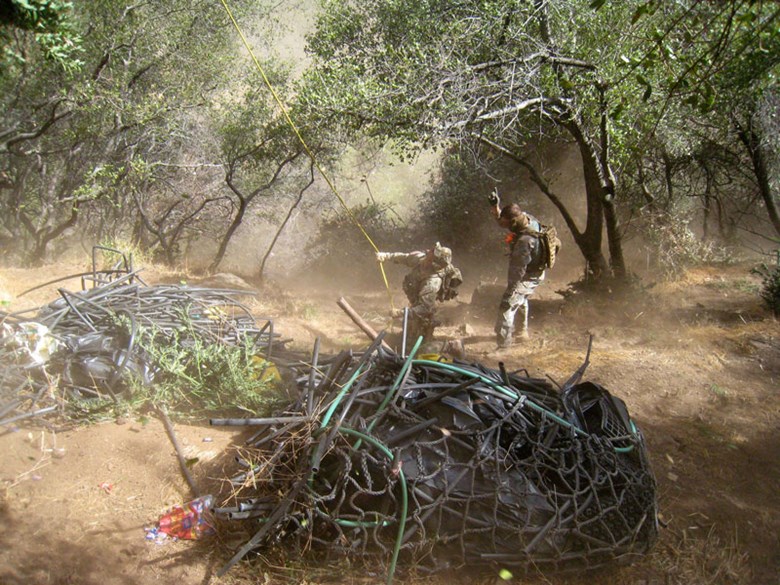 Courtesy of California Department of Fish and Wildlife

Wildlife officers from the California Department of Fish and Wildlife and other California agencies are spending this week cleaning up six marijuana grows in Northern California they raided earlier this year. The CDFW says the sites pose risks to threatened and endangered species living in Trinity County, including Coho salmon, the northern spotted owl and the Pacific fisher. The officers will be removing the remaining infrastructure of the grow sites as well as rodenticides, fertilizers, pesticides, human waste and garbage. It’s a big project, but not uncommon. And not cheap. CDFW Game Warden Patrick Foy joins us to explain.

Picture below are from past raids.