Listen
/
download audio
Update RequiredTo play audio, update browser or Flash plugin.
We've got a little something for everyone on Classical Sound Advice this time, including a new recording of Ravel's Mother Goose Suite by Leonard Slatkin and the National Orchestra of Lyon, two of the most popular arias in the tenor repertoire from Jonas Kauffman's Puccini Album, the husband and wife team of Leon Fleisher and Katherine Jacobson with Schubert's Fantasia for piano four hands and a unique arrangement of Francisco Tarrega's Memories of the Alhambra performed by the Canadian Brass.

Based on the Fairy Tale “The Green Serpent.”  Slatkin and orchestra present a delightful interpretation, played at a slightly quicker pace but quite controlled. The players don’t approach the work with emotional abandon, but the sense of containment punctuated by bursts of excitement seems to be very true to the experience of being a child, from the view of the child, rather than a backwards glance from the vantage point of adulthood.

Husband and wife duo. Is it harder to make a marriage last or to share one set of foot pedals? The finale from Schubert’s Fantasia offers a good example of what unique possibilities are afforded by adding an additional pair of skilled hands to the keyboard.

Kaufmann is a Tenor whose star is still on the rise, but he clearly feels comfortable performing the most daunting arias; works that have been definitively performed and recorded many times over by the biggest tenors in opera. It’s a risk to subject one’s self to such comparison, but Kaufmann tackles Puccini’s melodies with aplomb and passion, and our two very romantic selections provide ample opportunity to do so.

“Memories of the Alhambra” by Francisco Tarrega.

There are plenty of good recordings of this work for solo guitar, but the Canadian Brass play a distinctive arrangement for brass quintet. The brass setting brings a new flavor of wistfulness to the work.

After 200 Issues, Submerge Creators Take A Look Back 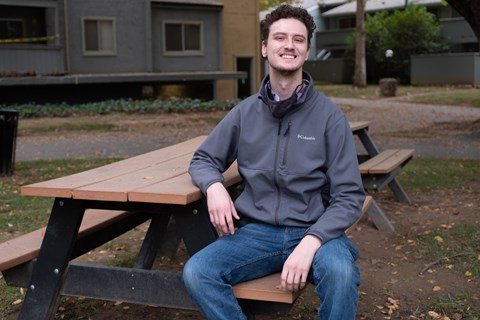