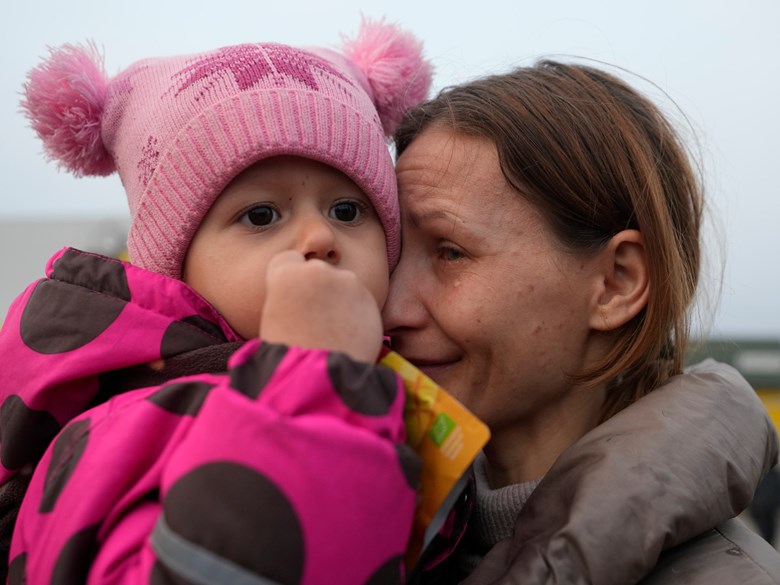 A women with a child who fled from the war in Ukraine reacts as they reunite with their family after crossing the border in Medyka, Poland, Tuesday, March 1, 2022.

If you or someone you know needs support around domestic violence, here are some local resources in the Sacramento area: