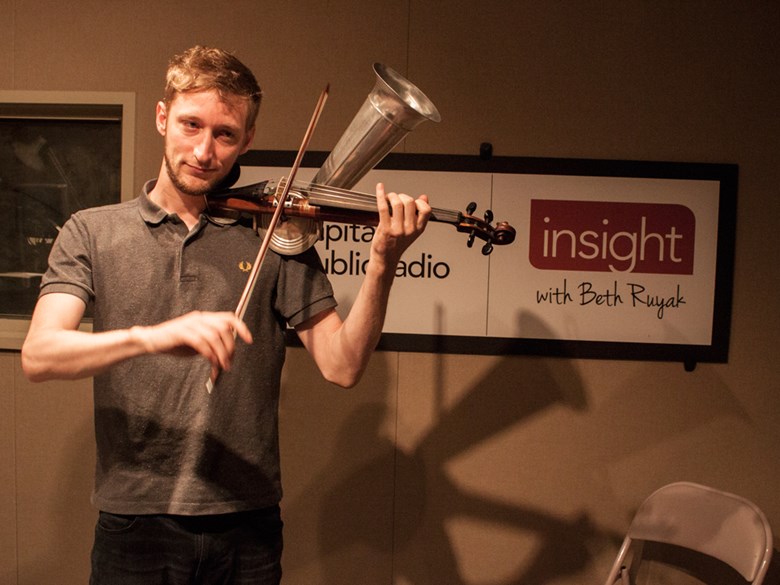 Sacramento native, Max Haft is in town after spending several years studying at the Royal Conservatory of the Hague and playing professionally from his home in Germany. He has shaped his career around studying and performing contemporary music, as well as blurring the lines between chamber music and free jazz. Today on Insight, he will play us a piece on a Stroh violin as well as feature some solo recordings.  Since his arrival in Europe, Max has performed in a wide variety of groups such as Ensemble Proton, Ensemble Garage, and the Metropole Orkest.