Melinda Welsh is the founding editor of the Sacramento News & Review who helped launch the alternative weekly publication in 1989. If you have read the words and ideas of an artist, musician, community activist, or newsmaker in Sacramento, there’s a pretty good chance Melinda helped put their message on newsstands. She taught generations of reporters, photographers and designers how to practice journalism, and numerous college students honed their writing craft under her mentorship. Melinda Welsh stepped down from the Sacramento News & Review in the summer of 2012 after 23 years at the paper.

In 2014, Melinda’s doctors diagnosed her with Stage IV cancer, and by December 2015, after numerous treatments, they told her she had about a year to live. The immunotherapy treatments her healthcare providers delivered gave her something unexpected: more time to live. Melinda Welsh continued to write about her experiences as a cancer patient and survivor. In the latest issue of Sactown Magazine, she shares her story.

You can find the magazine on newsstands and grocery stores around the Sacramento region.

In becoming aware of your own mortality, you become aware of our common mortality... [W]e are all going to die. Especially in a time like now, when people can be so divided over politics, or culture, gender, race, it's a wake-up call to go, 'Wait a minute: we are all mortal and there is more that unites us than divides us.'

On how immunotherapy, which helped Welsh, is still being developed

Immunotherapy does not work for every cancer, not yet, and it does not always work for patients who have the cancers where it might work. I think about 40 percent of patients who have melanoma or small-cell lung cancer  have a great response. There's many who have a partial response, some don't. But there are, right now, over a thousand clinical trials going on across the globe trying to figure out immunotherapy, make it work for other cancers, [and] what combinations [or] different pathways to the tumors from the immune system will help.

Welsh talking about her immunotherapy treatment on PBS Newshour in 2017

On what she does to maintain her health

I definitely get good exercise every day. I eat a healthy, fruits- and vegetable-based diet. And I'm so fortunate to have a wonderful husband, Dave, and family and friends. Because of the experience of facing death too soon, I think I just isolated what's most important to me, who's most important. And I don't ever want to lose those lessons that I learned: Don't sweat the small stuff; focus on what's most important every day. I think just having that attitude, along with keeping good physical health, and mindfulness meditation.

On advice for others facing cancer

Ask your doctor if you're [a candidate for] immunotherapy. Don't hesitate to find a doctor that's right for you. Get a second opinion. Be an advocate for yourself, or find a family friend who can help you be an advocate. I hear of a lot of patients [say], 'Here I am Doc, do whatever you have to do.' And I believe in this other approach, which is you're in it too. And that's really what I recommend to people. 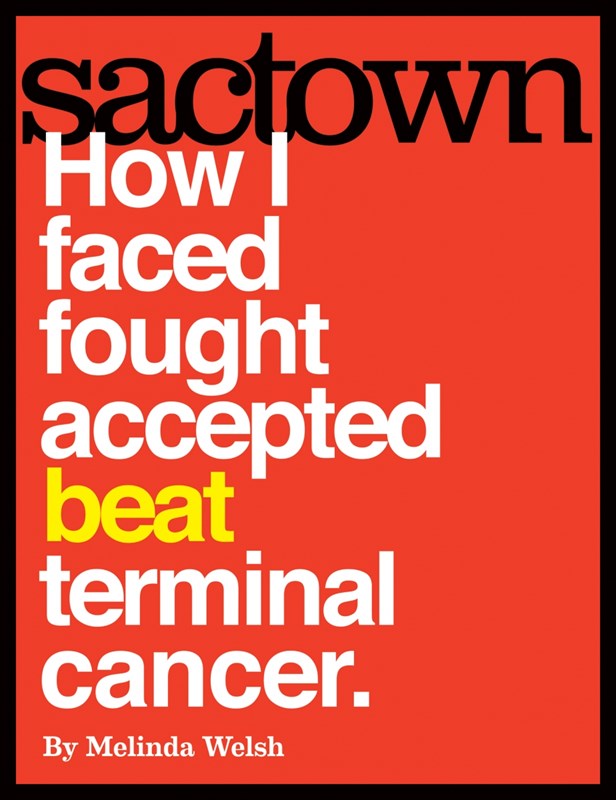