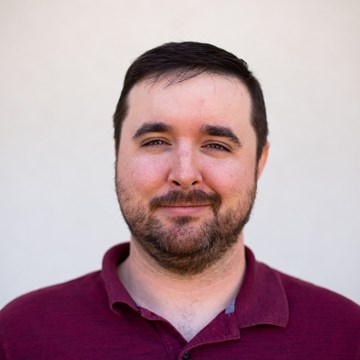 Cody Drabble learned to love public radio growing up in San Francisco listening to KQED every morning during breakfast. He graduated from UCLA in 2007 with a degree in history and public policy. Drabble moved to Sacramento and earned his J.D., graduating from the McGeorge School of Law in 2010. He’s also a lifelong band geek.

After practicing law full-time for a few years, Drabble realized he couldn’t bill his hours of legal work without an episode of “This American Life,” “Planet Money,” or “Fresh Air” playing in the background, so he decided to go back to school for journalism. Drabble joined the Sacramento News & Review as an editorial intern and freelance contributor in 2013, covering any fascinating story including new legislation, clean energy policy, emerging artists, local musicians, major crimes, and rattlesnake wranglers.

Drabble joined Capital Public Radio’s “Insight with Beth Ruyak” team in January 2014, helping find topics, booking guests, and conducting research. In March 2014, he was brought on as a special project producer for the California Burning project. He shot photos at TBD Fest 2014 and Treasure Island Music Festival 2014 for Cap Radio Music. Cody Drabble produced and hosted a full-hour special on LGBT civil rights in California. In addition to producing and directing the live broadcast of Insight each morning, he also fills in as guest host for Beth Ruyak.