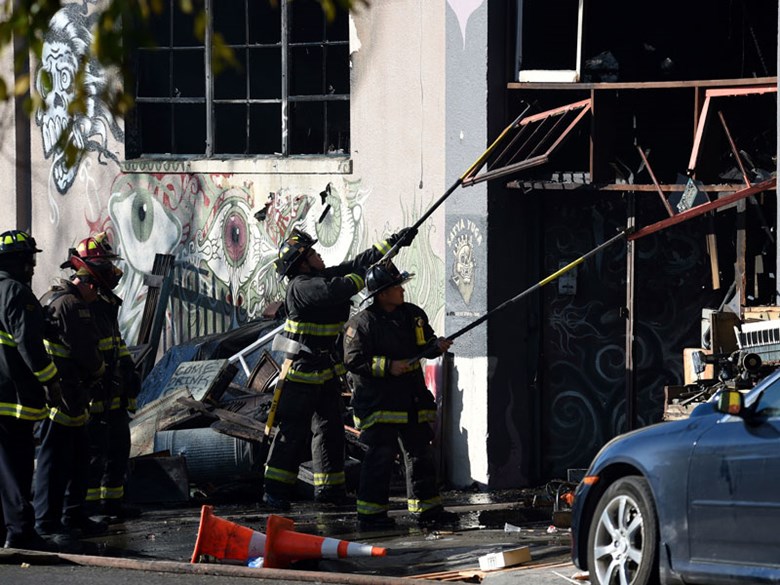 Firefighters clear an entry to a smoldering building after a fire tore through a warehouse party early Saturday, Dec. 3, 2016 in Oakland.

Six months after the Oakland "Ghost Ship" fire claimed the lives of 36 victims, two men are now in custody charged with involuntary manslaughter.

Derek Almena, the master tenant, and Max Harris, the collective’s creative director, were arrested on Monday, thus ending the investigation as stated by law enforcement. Many are asking why the building's owner doesn’t face criminal charges and where things stand with the ongoing civil cases.

Nick Miller with the East Bay Express has the full story.

Samuel Maxwell, one of the survivors of the fire, has a YouCaring page attempting to raise $50,000 for medical bills. You can find that here.