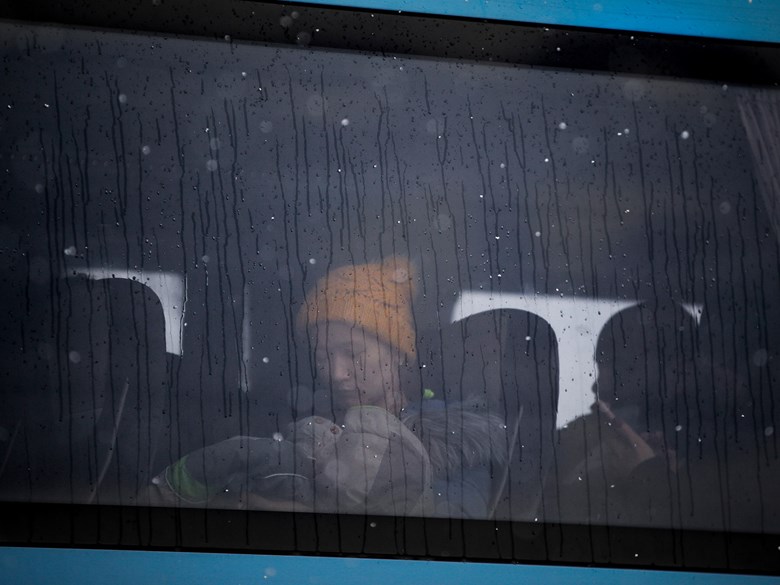 A refugee fleeing the conflict from neighbouring Ukraine holds a baby as they sit in a bus at the Romanian-Ukrainian border, in Siret, Romania, Monday, March 7, 2022.

A California immigration attorney explains “temporary status” for Ukrainian refugees and the latest on the crisis. A conversation with Nevada’s newly appointed Lieutenant Governor. The President of the California Black Chamber of Commerce explains how the Inclusivity Project will help struggling small businesses.