The Business Of Making A (Free) Comic Book

This Saturday at thousands of comic book stores across North America, hardcore and casual fans alike will trade salutations of “May The Fourth Be With You” and chat about the billion dollar blockbuster “Avengers: Endgame.” (No spoilers!) Creators and collectors will gather for Free Comic Book Day 2019 this Saturday, May 4. Schools and libraries also use the event to promote literacy among young readers who might resist traditional literature but would opt for graphic literature.

Two Sacramento creators join Insight to discuss the business of making comics for Free Comic Book Day. Eben Burgoon is a writer and comic book literacy educator known for his adventure book “B Squad: Soldiers of Misfortune.” He also teaches workshops to students from elementary school to college on the craft of storytelling through images.

Michael Calero is an illustrator and the new lead artist on B-Squad. They tackle the question, “Comic book culture may dominate at the box office, but how does that translate for working comic book artists?” 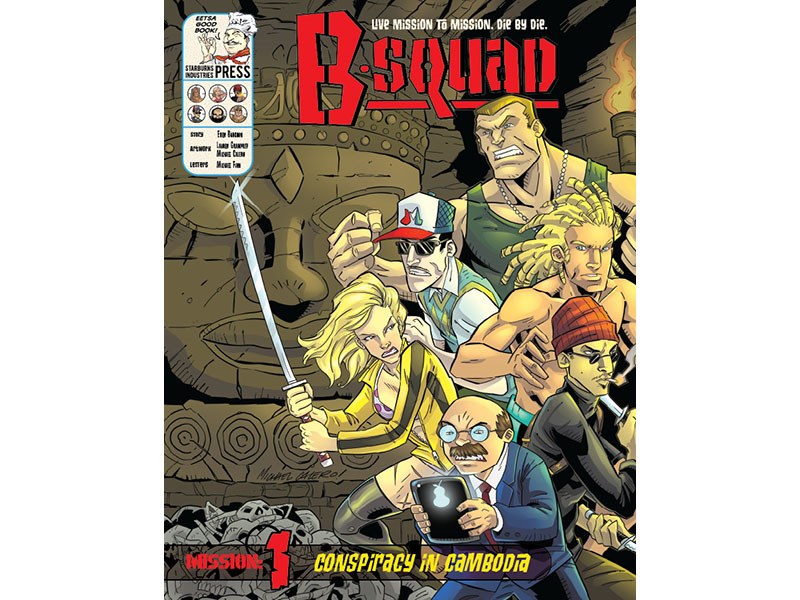 A "B Squad" book with art by Michael Calero

You can meet Burgoon and Calero at A-1 Comics on Free Comic Book Day, Saturday May 4.

The publishers pay to sponsor Free Comic Book Day. The sponsors then offer a slate of potential titles, and comic shop retailers choose which they want to stock. This year, retailers selected 51 titles based on Star Wars, Minecraft, Spider-Man, and more. The participating retailers are allowed to buy the promotional issues at cost, which they give away for free to draw crowds of shoppers.