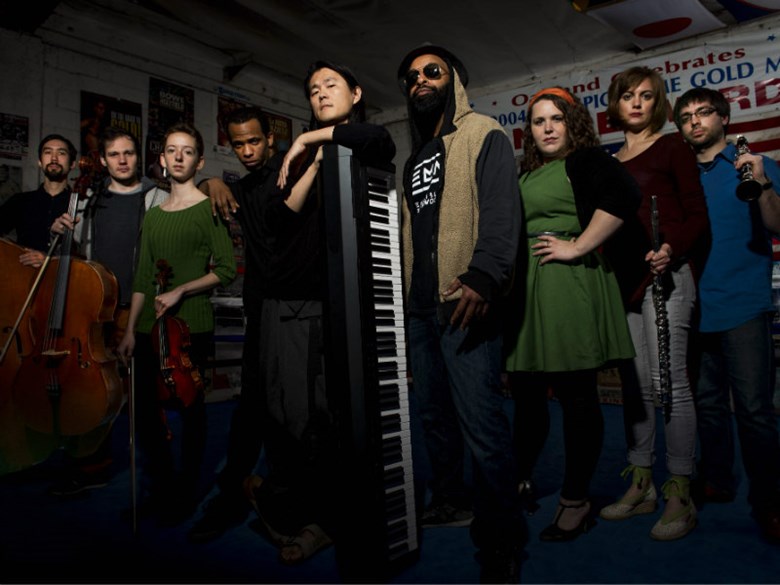 The group is working on its second album “The Future of Hip Hop” and will be performing at Sol Collective in Sacramento Saturday. Bandleader/composer JooWan Kim joins Insight to talk about his blend of hip hop and classical music.

The sounds that make up the ensemble

The instruments include flute, clarinet, violin, cello, drum and bass. Band leader JooWan Kim is on the piano. Then there are two MCs and a lyric soprano.

“I didn’t grow up here so I didn’t know what that meant. Super Bowl is a big deal apparently, so I was like wow. I had no idea people would like this particular cover because we’ve been doing deconstructions for a while and when we did this, there was a big response from our fans and I was surprised.”

On hip-hop as the next great American music

“Just like jazz when it was beginning, people talked about jazz as if it was not really great music. They called it “jungle music, hot music” but now we consider jazz as great art music. And we believe that hip-hop is just like jazz — a wonderful art music and we are in the cutting-edge of it.”

On the reason behind the name

“There’s a procedure called retrograde, which is spelling the name that you used backwards. So I decided to do that. So instead of calling it JooWan Kim Ensemble, I decided to put ensemble in front and put a retrograde on my name.”