It’s a new year and all those holiday concerts you may have enjoyed so much have come and gone. The good news is that music venues around the Sacramento region are now open for new shows. Capital Public Radio’s Arts & Theater Critic Jeff Hudson joins us for this week’s Sound Advice to talk about some of these new shows.

The season starts at the Mondavi Center on Wednesday January 13 at 8 p.m. with the concert featuring the music of Flemish composer Cipriano de Rore who lived in the 1500s and wrote most of his music in Italy. Cipriano’s music was popular well past his death in 1565, and continued to be performed into the 1700s. His music is now being rediscovered – there have been new recordings and academic conferences during the past year, and UC Davis is hosting an academic conference next week. This concert could be the biggest concentration of music by Cipriano that has ever been performed in a single evening in Northern California.

The Orlando Consort, The Passion of Joan of Arc | Mondavi Center

Then on Friday January 15 at 8 p.m. there will be an event featuring music that is a century older than Cipriano – music from the 1400s. The Mondavi Center is screening the 1928 French silent film “The Passion of Joan of Arc,” which is set in the 1400s, and of course it ends with the 19-year-old Joan of Arc being tried for heresy, and burned at the stake – pretty grim stuff, but of course human history is not for the faint of heart. Accompanying the film will be live music, sung by a well-respected British vocal group, the Orlando Consort. All of the music they will sing was composed in France during Joan of Arc’s lifetime – between 1412 and 1431. It is exceedingly uncommon to hear an entire evening of music from the early 1400s, so this will be a pretty rare musical event.

On January 22, 23 and 24, the Sacramento Baroque Soloists will be performing the six Suites for Unaccompanied Cello by J.S. Bach, with cellists Michael Lawson, Alexandra Roedder and John Lutterman sharing the honors.

Bach composed these suites in the early 1700s, and for several hundred years they were played mostly as practice exercises, and not often heard at concerts. But during the past 50 years, they have become exceedingly popular in the concert hall – they are also music that almost every serious student of the cello studies and performs.

Lastly, let’s give a nod to pianist Jeffrey Siegel, who is now in his fifth year of giving his Keyboard Conversations performances at the Harris Center in Folsom – he will be there on Saturday January 16 at 7:30 p.m.

Jeffrey Siegel’s Keyboard Conversations are partly a concert, and partly a discussion of the music, including time for questions from the audience. He always stresses that he’s having a conversation with the audience, and not simply delivering a lecture. 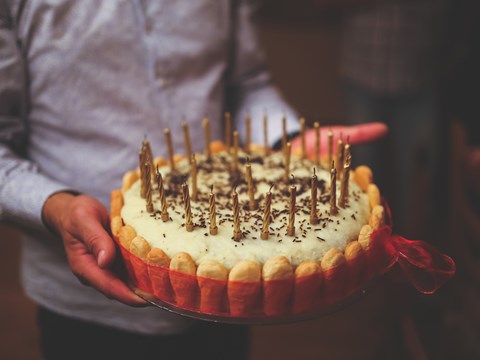