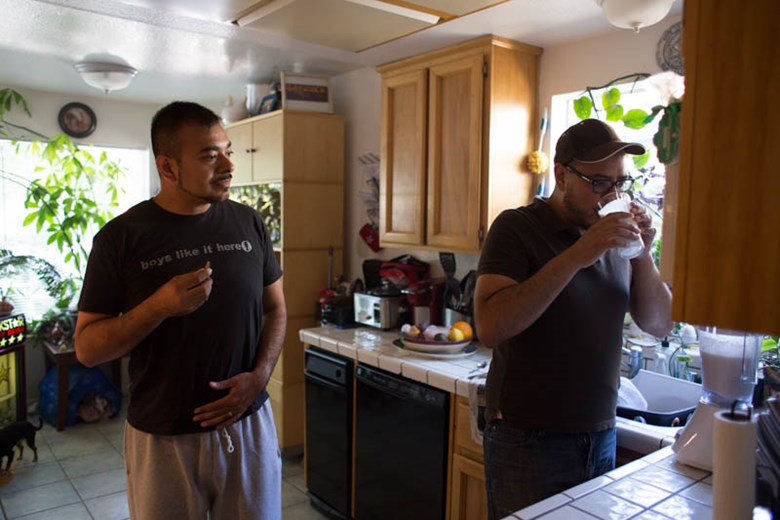 What are the added legal complications of undocumented immigration for those seeking residency through same-sex marriage? Today on Capital Public Radio, our documentary unit The View From Here presents its final story in a three-part series exploring undocumented immigration in California.
Long-time Contributing Reporter Julia Mitric tells the tale of two young men who grew up Mexican, Catholic and gay in California. Their story sheds light on how culture, identity and immigration status are intertwined in complex and unexpected ways. To expand that conversation on Insight, we'll talk in-depth with immigration lawyer Mary Waltermire. She worked with Juan Morales and Chris Guillen, the married couple at the heart of the The View From Here's "Out Of The Shadows And Into Marriage."
We'll also talk to Mary Waltermire about the U.S. Supreme Court's tie vote that blocks President Obama's immigration plan for the rest of his presidency.

Sound Advice: Music In The Mountains