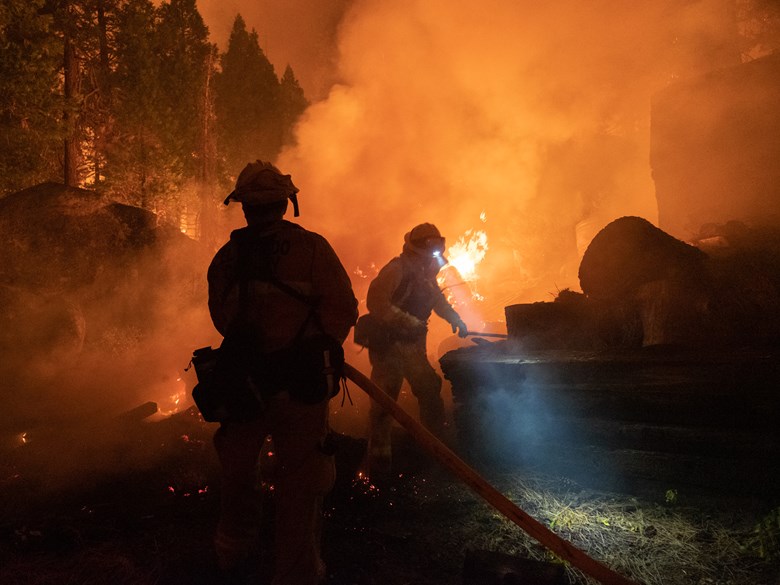 Research at the Wildfire Interdisciplinary Research Center at San Jose State. A discussion about women in fire restoration. Jazz pianist Dave Bass releases new albums ahead of his upcoming performance at the Auburn State Theatre.

Some of the world’s oldest living organisms are in the immediate path of danger. The Washburn Fire burning within Yosemite National Park is threatening Mariposa Grove, home to Giant Sequoia Trees believed to be some of the largest and oldest living things on the planet. As the fire enters its fourth day, the smoke has begun to impact air quality from the Tahoe Basin to the Bay Area. And the activity was reportedly so intense it catapulted tree debris hundreds of feet into the air, nearly striking a firefighting aircraft. So, how can a fire lift burning tree debris hundreds of feet into the air? According to Craig Clements, Professor of Meteorology and Climate Science at San Jose State, part of the answer is the weather inside and surrounding the fire. Craig leads the university’s Wildfire Interdisciplinary Research Center, which is the only one of its kind in the country. He joins Insight to share their ongoing research into extreme fire behavior and the new research programs in Northern California launching this fire season.

As wildfire season ramps up in California, there is a growing push to change the decades-long mindset of fire suppression which has led to dense areas of vegetation. That, coupled with climate change and drought, has contributed to extreme fire risk across the state. The conversation and funding are shifting to change the way we live with fire, which includes reintroducing a long-overdue relationship with prescribed burns to manage forests and reduce mega-record wildfires in recent years. Joining Insight are leading experts in forestry management from the Bay Area to the North Coast and central Sierra. All women in a field that historically has been overwhelmingly male and white. Dr. Sasha Berleman is the director of the Fire Forward Program at the non-profit Audubon Canyon Ranch based in the Bay Area and is the first graduate of the state’s “burn boss” program. Lenya Quinn-Davidson is a Fire Advisor with the “University of California Cooperative Extension” in Humboldt County. Susie Kocher is a Forestry Advisor also with the University of California Cooperative Extension based in South Lake Tahoe.

Dave Bass is a pianist, composer, and lyricist whose distinguished music career started at the age of seven. He played piano all throughout his childhood and college years, then supported his family as a full-time musician. It was his destiny. Then a freak accident seriously damaged his wrist and sidelined his music career, putting his livelihood in jeopardy and passion on hold seemingly for good. That’s when Dave decided to enroll in law school. After earning his degree, he worked his way up and eventually was hired by the state of California as a Deputy Attorney General. Twenty years passed since Dave’s injury when one day, while still working at the AG’s office, an impromptu event at a party reshaped and restarted his musical career all over again. Dave joins Insight ahead of his concert at the Auburn State Theatre on August 6th to discuss a musical career far from guaranteed. 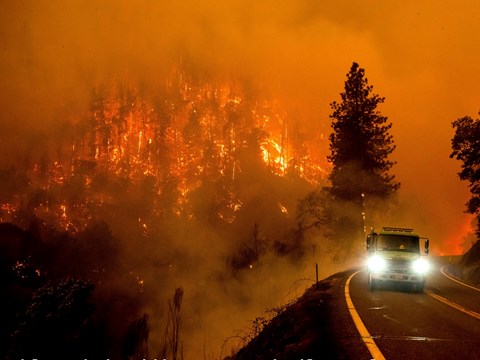 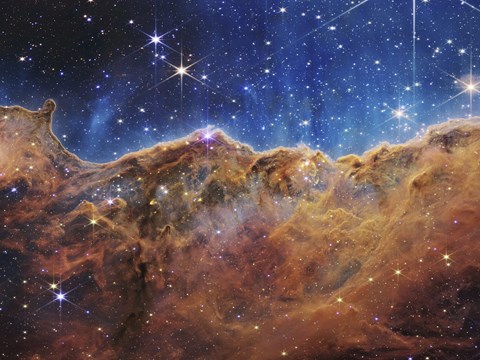