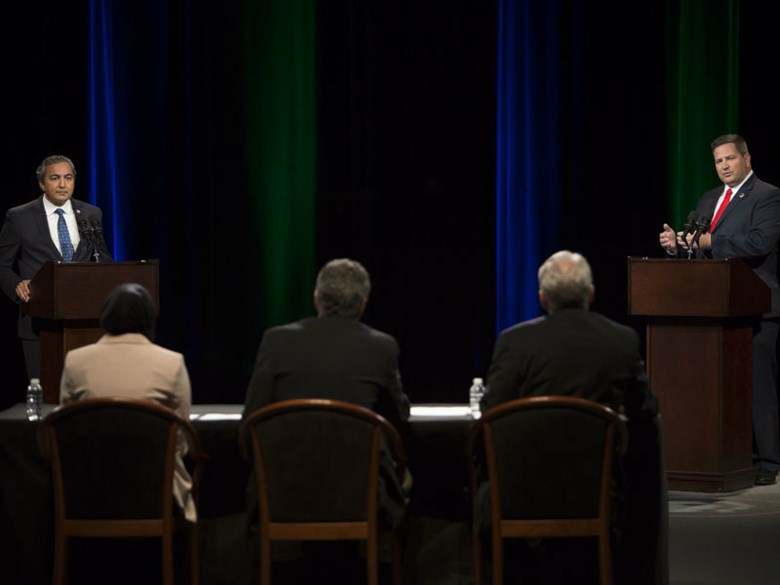 Jones faces an uphill battle against the establishment Democrat and has worked hard to differentiate himself from Republican Presidential candidate Donald Trump.

Both campaigns are mired in controversies, which have become the fodder of campaign ads and interviews.

Politico’s California reporter David Siders was at last night’s debate and press conference; he joins us now with his analysis.