Ukraine President Petro Poroshenko rebuked Russia last week for sending soldiers and military vehicles into his country to support armed rebels. Now, Poreshenko and Russia Prime Minister Vladimir Putin are reported to be working on a cease-fire agreement that could end fighting in the volatile regions of Southeast Ukraine, where fighting has been the worst. President of the Ukrainian Heritage Club of Northern California Lubow Jowa joins us to talk about how Ukrainians in Northern California are reacting to the news of a potential cease-fire in Ukraine’s ongoing civil war. 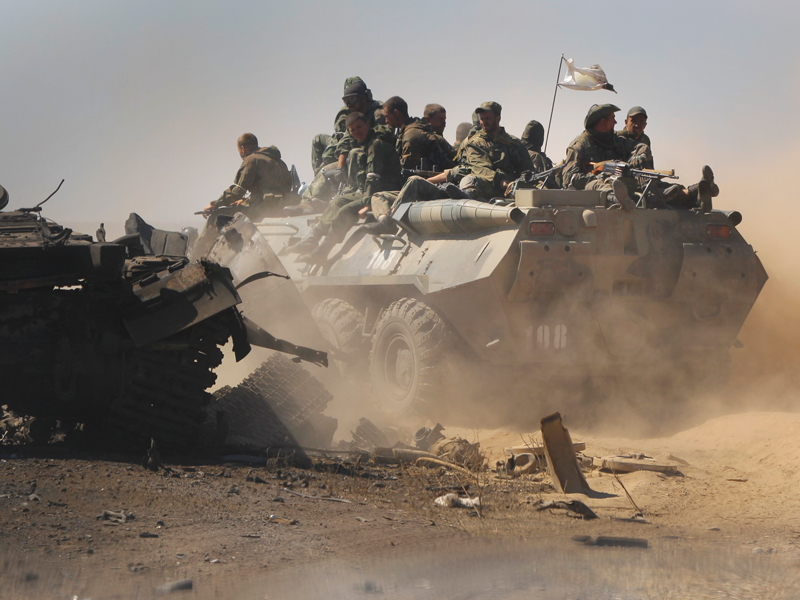 Pro-Russian rebels pass by destroyed Ukrainian military vehicles near the village of Novokaterynivka, eastern Ukraine, Tuesday, Sept. 2, 2014. Ukrainian troops have over the past week suffered a string of major military losses in their offensive against Russian-backed separatist rebels, losing large swathes of territory and having hundreds of soldiers captured. Sergei Grits / AP